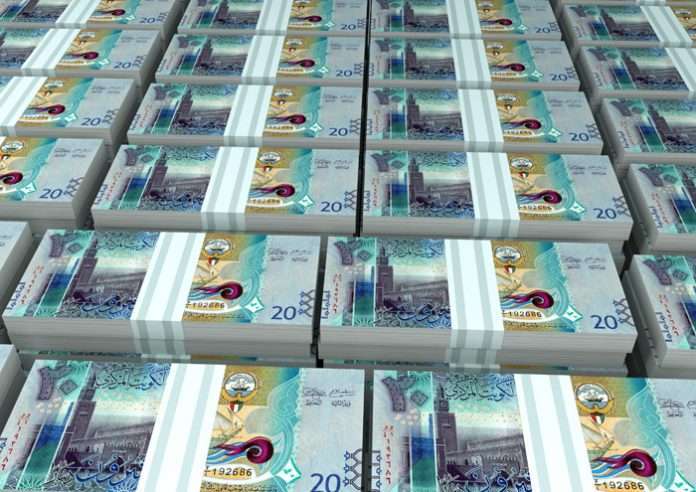 Kuwait State Audit Bureau examined 2,401 financial transactions between April 2020 and January 2021 with a value of KD 2.7 billion (US$ 8.9 billion), and succeeded in preventing a waste of KD 72 million (US$ 237 million), a SAB official said Monday.

Yasmeen Al-Wasmi, assistant auditor at Pre-Audit for Economic Affairs Department, said in a statement 92 percent of transactions, or KD 2.5 billion (US$ 8.2 billion), were related to government budgets, and the rest belonged to budgets of independent authorities. The auditing took place between April 1, 2020 and January 31, 2021.

The pre-auditing process, she added, discovered some calculation mistakes in quotas which were in contrast variation with market prices in addition to decreasing quantities requested to cope with the actual consumption of authorities. SAB, said Al-Wasmi, approved 1,273 transactions, or 72 percent, worth KD 1.9 billion (US$ 6.2 billion), and would conduct post-auditing after the execution of the transactions.

The pre-auditing department informed SAB’s financial penalties department about violations in 47 transactions, or KD 104 million (US$ 343 million), because authorities concerned carried out the transactions without obtaining SAB’s approval. Al-Wasmi said the department rejected 107 transactions, or KD 282 million (US$ 931 million). She added the department requested the provision of all documents of 778 incomplete transactions. Al-Wasmi said the failure of authorities to abide by SAB’s regulations would undermine governance, which would negatively affect the government sector’s transparent development.