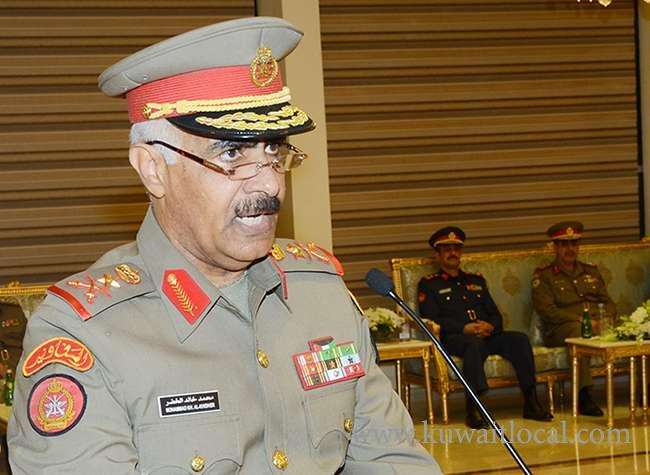 Al-Khodhr, in a speech before His Highness the Amir during his visit to the Army Officers Club, said His Highness Sheikh Sabah Al-Ahmad's keenness on unity at the domestic and regional levels contributed to solving many "critical situations that faced the region."

He said the three summits held recently in Saudi Arabia sent a clear message to any person trying to undermine security and stability of the region, that "there is an agreement between the Arab and Islamic worlds, and friendly countries to confront these acts."

Al-Khodhr congratulated His Highness the Amir after Kuwait won a UN Security Council seat for 2018-19, which he attributed as a victory for "Your Highness sharp vision and wisdom in foreign policy."

The top general reaffirmed, meanwhile, that the armed forces were constantly developing their armament and capabilities in order to protect sovereignty, security and independence of Kuwait.