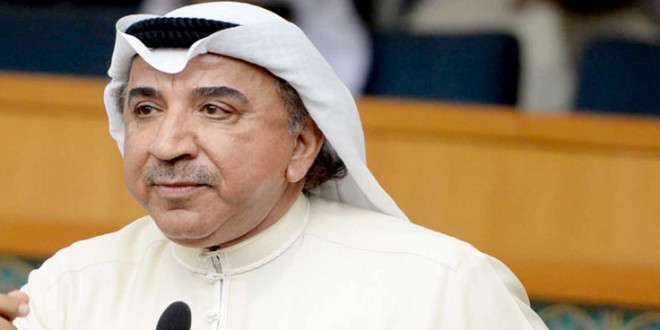 Following the lifting of MP Abdulhameed Dashti’s parliamentary immunity last week, an arrest warrant was issued on Wednesday and a circular was sent to all borders for his arrest over the case fi led against him for allegedly insulting Saudi Arabia, reports Al-Seyassah daily.

In his Twitter account, MP Dashti insisted that the decision taken against him is unprecedented and oppressive, stating, “The one who thinks he can terrify Dr Dashti is wrong because only people who resist are terrified. It is not appropriate for a country like Kuwait to relinquish any part of its sovereignty. We refuse any kind of interference in our affairs and we will confront this”.

In the same context, parliamentary sources disclosed that a number of lawmakers are seeking the activation of Article no. 25 of the internal byelaw.

Indicating that MP Dashti is not expected to return soon, sources revealed that a demand may be submitted after the June 14 session to drop his membership and hold a by-election for filling his seat.