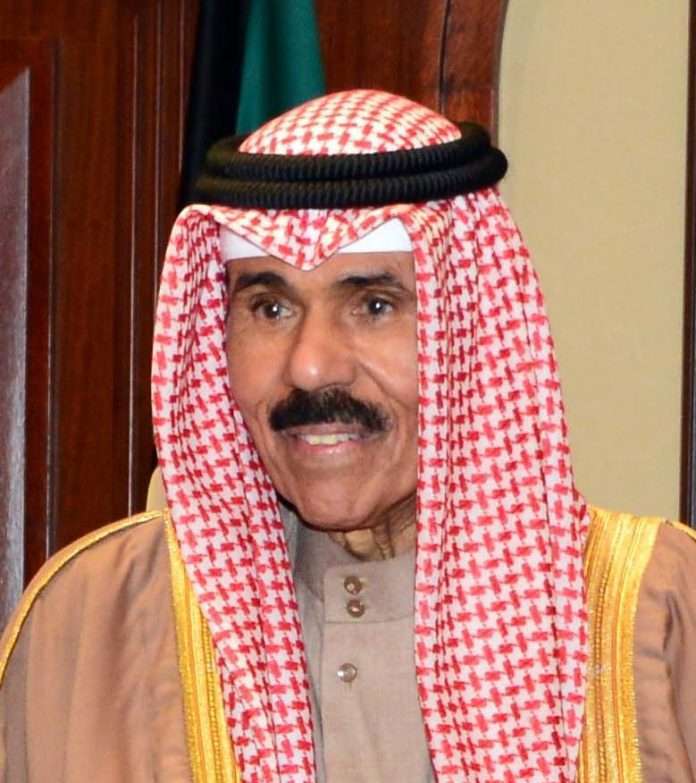 Addressing the parliament after taking oath as Kuwait’s 16th Amir following passing away of His Highness the Amir Sheikh Sabah Al-Ahmad Al-Jaber Al-Sabah, His Highness Sheikh Nawaf Al-Ahmad said Kuwait has been exposed to “serious challenges and difficult ordeals which we succeeded in overcoming through collaboration.

“Today, our nation is facing acute circumstances and critical challenges which can only be overcome and avoid their consequences by being united, as well as with collaboration of faithful efforts for the best interest of Kuwait and its faithful people,” said His Highness the Amir.
He reiterated commitment to the constitution and the democratic principles.

“We affirm our keenness on our constitution and democratic practice, and we are proud that Kuwait is a state of law and institutions, and we are keen on spirit of one family, a virtue well known in our society in Kuwait …,” he said.

His Highness the Amir pledged to the people to live up to his huge responsibility and to “do my utmost to safeguard Kuwait, protect its security and stability, guarantee its dignity and prosperity of its people.” His Highness the Amir, meanwhile, paid tribute to the late Amir.
“We have lost an icon who gave a lot to his country, people and his nation. He left a rich history full of achievements and remarkable accomplishments at local, Arab, Islamic and international levels.
“We remember his guidance and advice which reflected his love to our beloved Kuwait and its people, and which will be a guidance and a method to us,” said His Highness the Amir.