<![endif]-->
Advanced Search
Kuwait Airways Says, We Are Ready To Operate Our Flights To All Destinations
Category: Kuwait 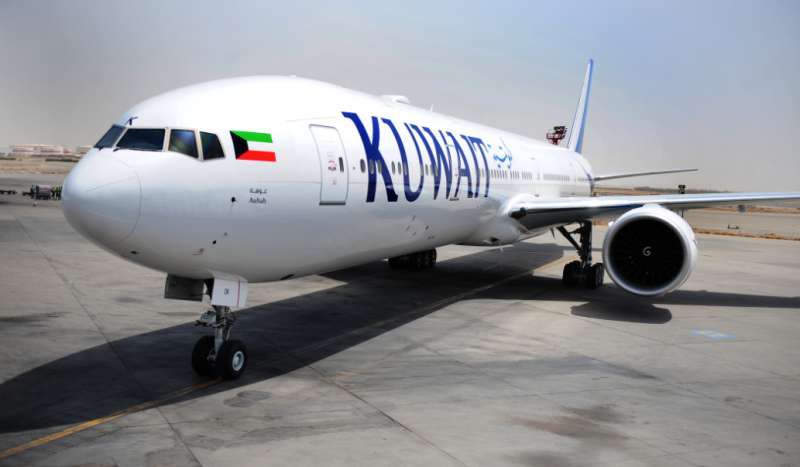 Kuwait Airways announced the successful resumption of its commercial flights to and from London in the United Kingdom, starting yesterday, as the company will operate one flight per week.

In this regard, Acting Chief Executive Officer Captain Issa Al-Haddad said: “The first flight launched by the Kuwaiti to London yesterday completed the available seat capacity on the Boeing B777-300 wide-body aircraft, especially the Royal and Business Classes, which provide the latest entertainment and service for passengers. The flight crew is also obligated to wear masks and put the necessary sterilizers in order to preserve the health and safety of the passengers and the flight crew.”

Al-Haddad added: This is a very important step towards resuming the operation of commercial flights to destinations that were previously operated by “Kuwait Airways” and which were suspended due to the “Covid 19” pandemic and the negative effects that this pandemic caused on the air transport sector around the world. Kuwait Airways will resume operating all commercial flights as before, stressing that it is fully prepared to fully operate its commercial flights in accordance with the approval of the health authorities in the country and reopen destinations in other countries.

He explained that “customers can book travel tickets from several different channels provided by Kuwait Airways, starting by visiting the company’s offices in the Avenues Mall, the Ministries Complex and the Farwaniya office, which provides many services, including booking, amending, upgrading and canceling travel tickets, and receiving all inquiries, complaints and observations from customers. And work to help them or by calling the service hotline 171 or by downloading the electronic application or visiting the website of Kuwait Airways. Moreover, Kuwait Airways is ready to serve passengers to the fullest through the company’s office on the famous Baker Street in London”.

Compliance with the requirements

On the other hand, Al-Haddad indicated that Kuwait Airways is very keen to follow and implement the precautionary measures and health guidelines recommended by the health authorities in the country and set by the General Administration of Civil Aviation, by sterilizing aircraft accurately and immediately, after each upcoming flight, in addition To sterilize the mechanisms, transports and buses for transporting passengers and baggage, and the commitment of flight crews to put masks and gloves, and physical distancing with travelers, and directing them to adhere to health requirements.