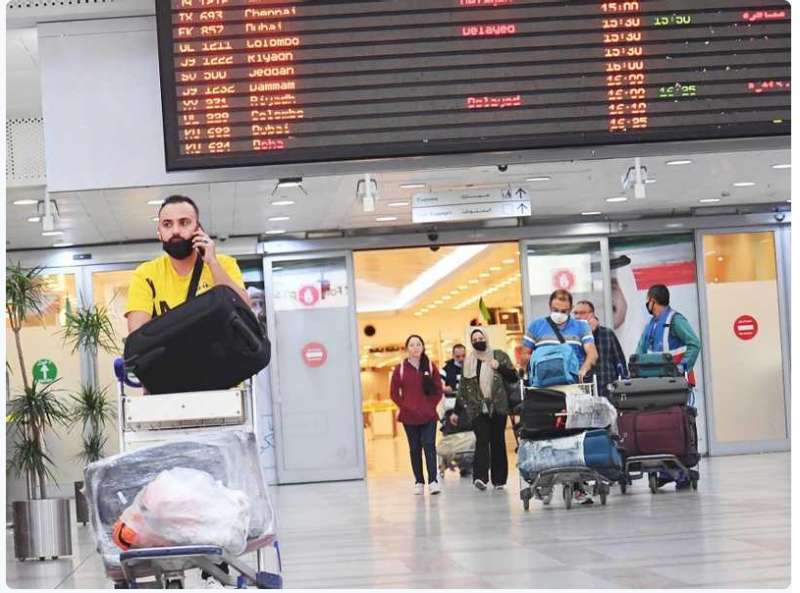 Kuwait International Airport has returned to activating the full capacity after a year and a half of partial operation in commercial air traffic, which was not more than 30%.

source witnessed the activation of the Cabinet’s decision to return the airport to work at full capacity, amid intensive measures to facilitate the movement of passengers. The total number of flights reached 175, including 85 departures and 90 arrivals.

A source told that the percentage of commercial operation movement yesterday amounted to 55% of the usual operating capacity, especially with the activation of the decision to fully operate, for several reasons, including the end of the summer season and weak air traffic with tourist destinations and waiting for airlines to submit flight schedules, as well as The desire of some companies to submit their operational desires according to flight schedules commensurate with the winter season, which will start at the beginning of next month.

The source stated that the airport witnessed coordination meetings with the working bodies of representatives of the ministries and companies operating at the airport, to arrange the safe return of the airport’s movement without any obstacles, saying that the operating agencies presented their plans to organize the movement of travel and return it to its previous status before the Corona pandemic.

And he indicated that the operating agencies, after receiving the operating schedules from the airlines, will address the civil aviation authorities with some countries to arrange the schedules and flight times, according to what is commensurate with the requests of these companies. .

He pointed out that the increase in flights and their arrival to their normal rate before the pandemic will gradually return according to the requirements of the airlines, stressing that the operating agencies have formed working teams around the clock to facilitate the movement of passengers from the moment they get off the planes until they reach the parking lot.

Implementation of the decision

In this context, the Deputy Director General for Planning and Projects Affairs at the General Administration of Civil Aviation, Eng. Saad Al-Otaibi is the readiness of civil aviation to implement the Cabinet’s decision to increase the capacity of Kuwait International Airport to its full capacity as it was before the Covid 19 pandemic, noting that the Cabinet’s decision aims to facilitate travel and provide the required seats for those who wish to travel during the coming period. .Join Our Telegram group to know the latest news https://t.me/kuwaitoffering

Al-Otaibi added in a press statement that there is permanent coordination with the government agencies operating at the airport, led by the Ministry of Interior, the Ministry of Health and the General Administration of Customs, praising the role of these authorities that are making double efforts to make operations at Kuwait International Airport successful.