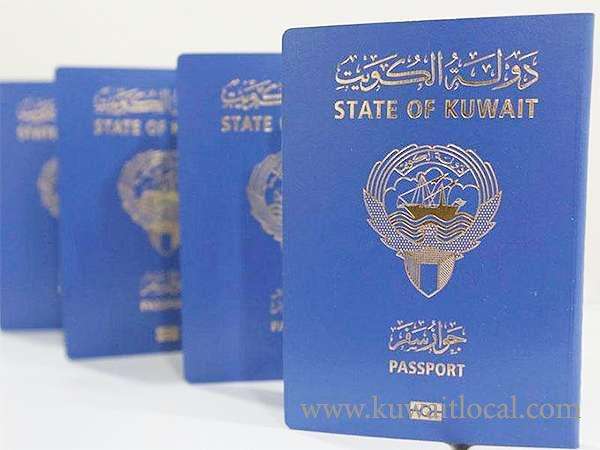 Kuwait ranked 56th globally and fourth in the Middle East on the 2019 Henley Passport Index.

According to the report, the citizens of Kuwait are allowed to travel to 91 destinations without a visa or visa upon arrival.

In a further display of Asian passport power, Singapore and South Korea now sit in joint 2nd place, with access to 189 destinations around the globe. Germany and France remain in 3rd place going into 2019, with a visa-free score of 188.

The US and the UK continue to drop down the Henley Passport Index – which is based on authoritative data from the International Air Transport Association (IATA) – and now sit in joint 6th place, with access to 185 destinations.

This is a significant fall from the 1st place position that these countries held in 2015, and while a big question mark remains over the ultimate impact of Brexit, it is unlikely that either country will reclaim the top spot anytime soon. Dr Christian H. Kälin, Group Chairman of Henley & Partners, says despite rising isolationist sentiment in some parts of the world, most countries remain committed to collaboration and mutually beneficial agreements.

“Historical data from the Henley Passport Index over the past 14 years shows an overwhelming global tendency towards visa-openness. In 2006, a citizen, on average, could travel to 58 destinations without needing a visa from the host nation; by the end of 2018, this number had nearly doubled to 107.” China’s steady ascent up the rankings is a clear demonstration of this.

In 2017, the country was ranked 85th, with citizens able to access just 51 destinations. Going into 2019, China now sits in 69th place, with access to 74 countries around the world. As in 2018, countries with citizenship- by-investment (CBI) programs continue to hold their strong positions on the index. Malta sits in 9th spot, with access to 182 destinations and St Kitts and Nevis and Antigua and Barbuda hold 27th and 28th spot respectively, while Moldova remains in a strong position at 46th place, with citizens able to access 122 countries.

Dr Juerg Steffen, the CEO of Henley & Partners, say the enduring appeal of investment migration programs shows that people are increasingly embracing alternative citizenship as the best way to access previously unimagined opportunities and improve their passport power. “More and more countries are looking to launch CBI programs, which attract talented individuals and bring enormous economic and societal benefits to their nations.”