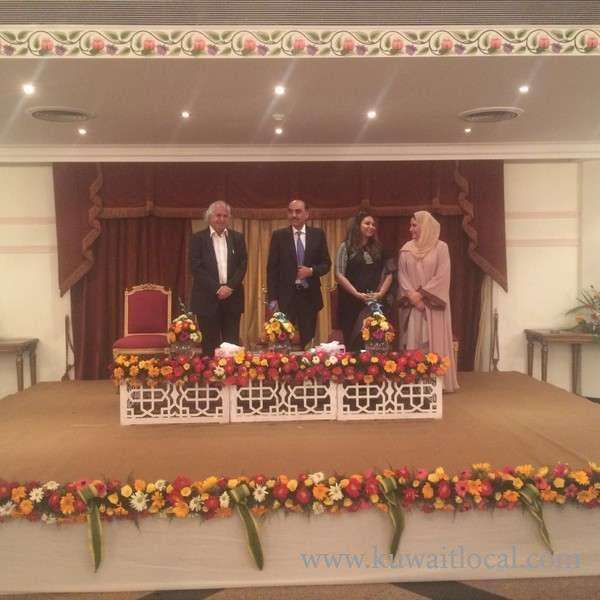 Ambassador of Kuwait to India H.E. Fahad Ahmad Al Awadhi lauded Kuwaiti women for their immense contribution to the progress of their country. He said that Kuwaiti women play a stellar role in the development and progress of modern Kuwait with their contribution in all spheres of life be it academics, international relations, art and culture, politics or journalism.

The ambassador was speaking at the launch of the book, ‘Women in Kuwait: Turning Tides’ authored by senior journalist Chaitali B. Roy, which was organized at the Kuwait Embassy premises in New Delhi.

Adding that women in Kuwait today excel in all field and their contribution has been enormous, the ambassador noted that Kuwaiti women were given voting rights way back in 2005 and today their participation in the democratic process is remarkable. He said that women were participating in a big way in the electoral process and their voting percentage went as high as 53 percent.

Ambassador Awadhi said that the book will go a long way in making people realize the importance of Kuwaiti women and their laudatory role in shaping the society and coming generation.

‘Women of Kuwait: Turning Tides’ encapsulates the stories of seventeen Kuwaiti women who dared to chase their dreams, at times against immense odds, and helped shape the evolution of Kuwait as a modern state.

In her brief speech, the author Chaitali B. Roy spoke of her long association with Kuwait and said that idea of this book took roots 15 years back when she looked closely to the work and contribution of Kuwaiti women. “I am so happy and indebted to the seventeen noble souls whose stories have been encapsulated in the book, for putting confidence in me and sharing their personal experiences.”

Chaitali said that India and Kuwait have shared long history of good relation that withstood the test of time, both culturally and economically.  “I am sure this book will go a long way in fostering better understanding between the two great nations.”

The book, she said, was a tribute to those women whose contributions transcend geographical boundaries and help provide better understanding of contemporary issues.

Chaitali Banerjee Roy has been in print media and radio broadcasting in Kuwait and India for twenty years. As Special Correspondent for Arab Times, and as Editor and Producer for Radio Kuwait, she has been working on features and articles, and producing audio documentaries and special shows since 2001. Her work, which spans art, culture, society, history, women of Arab and the Islamic world, brought her in touch with many inspiring Kuwaiti women who left an indelible impression.

As she said, it was her strong desire to capture the stories of some of these women in a book. “My whole idea was to preserve the narratives of this courageous woman and to break stereotypes about Kuwaiti women in particular and Arab women in general.”

Chaitali also spoke of her passion for multiculturalism, said she also writes on art and culture and she viewed the book in that perspective.

Naresh Kumar whose Har Anand Publication has published the book said he was so happy to be a part of this project as, “I sincerely believe this century belongs to women and their contribution, and this is a wonderful book that will clear so much misgivings about the power and contribution of women in not only Kuwait but in the entire region.”

One of personality mentioned in the book Dr. Haifa Al Ajmi, the first woman to get PhD in Heavy Oil Management in the GCC, flew down especially for the book launch.  Dr. Haifa also spoke briefly on the women force which is emerging as role model.  She is a Bedouin woman. who has with the active support of her family, risen above her circumstances to pursue her ambitions. “I got support from my parents and my family that helped me to give shape to my dreams,” she said.

Also present at the book launch were Ambassadors from Bahrain, Yemen, Oman and other countries besides the Chief of Arab League Mission in India.  Several leading businessmen and renowned personalities attended the event.