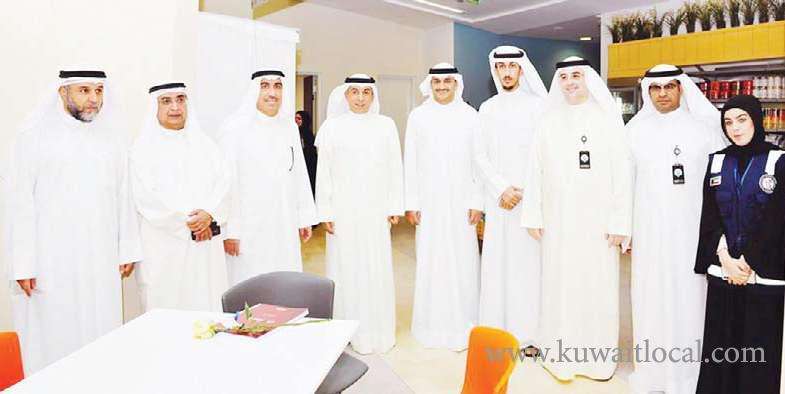 Al-Shadadiya campus witnessed an inspection visit by Minister of Education and the Minister of Higher Education Dr Hamed Al-Azmi, as he was received by the Kuwait University President Dr Hussein Al-Ansari and university officials.

In a statement, Al-Ansari said that the start of the study in this new campus is a distinctive step and a new addition to KU, as he expressed congratulations on the start of the new academic year, and thanked KU members and academic staff for providing all appropriates to students to increase their educational level and improve their scientific and practical experience in various university colleges.

For his part, KU’s Deputy Director General for Development Dr Adel Al-Husseinan said in a similar statement, that the university witnessed operating of a large part of its campus, which included six university colleges, College of Education, Arts, Business Administration, Life Sciences, Science and Engineering and Petroleum. Al-Husseinan called on students to make better use of their time and university facilities, which in turn will reflect on their educational achievement.

The new faculties have modern scientific methods in the classrooms that help the lecturer to present his lectures in the best methods, he added. For their parts, Dean of Admission and Registration Dr Ali Al-Mutairi and Dean of Student Affairs, Dr Ali Al-Nami congratulated the students on the start of this academic year at the new campus, wishing them a fruitful year and for KU to be one of the distinguished universities.

The new campus in Al-Shadadiya received about 22,000 students from six university colleges, as the study was launched with an special learning environment and services that contribute to improving the educational process and pushing students to do more to reach the highest ranks.