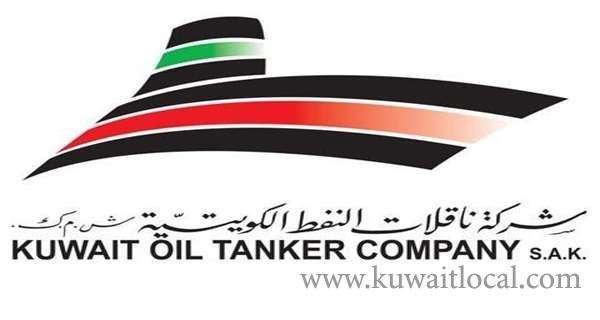 The Kuwaiti Oil Tankers Company (KOTC) has offered for sale two giant crude oil tankers after they were out of service due to their obsolescence and the company’s desire to fully modernize the fleet, reports Al- Anba daily.

The daily added, these two tankers were built in the late 1990s and cost high insurance. The source said that the fleet is modernized periodically and there are old ships built in 1998 and the cost of operating at the highest levels in addition to security procedures and safety imposed by the company and ports in Southeast Asia and Europe, adding that the sales process takes time and approvals from multiple sides.

The source stressed the KOTC considers in their tankers energy saving and carbon dioxide emissions, especially that the provision of fuel consumption can be done through the design of the shape of the tankers along with the lines of navigation and speeds of these tankers to access their stations. The source said the sale was linked to the price of iron and the economic policies that control the sale.

Tankers
The source went on to say the company has 12 crude oil tankers while the Kuwait Petroleum Corporation needs 11 tankers, and indicated it planned to sell two giant crude oil tankers that were received and entered into service in 1998, the two tankers were built by Hyundai Heavy Industries. Kuwait has 10 tankers and most of them were pressed into service on different dates in 2007. The LNG have four tankers, two of which were delivered in 1993 and two in 2007, and the company will start selling the two old tankers soon.

The source said plans to modernize the Kuwaiti fleet were based on the reduction of crude oil tankers and the increase of gas tankers when the fourth phase of modernization will be completed in 2020. The fleet currently consists of 28 tankers, 12 crude oil tankers, 4 liquefied gas tankers and 12 tankers of various petroleum products. The company signed the fourth phase of the modernization of the fleet by building eight giant tankers, three of which are liquefied gas, 4 medium oil derivatives and one giant crude oil tanker.

Sources explained the KOTC has applied all European standards for maritime navigation, stressing that the company’s record in oil leaks is ‘zero’ and has a clean record in the world in this area. Meanwhile, Kuwait exported the first shipment of light oil for the first time in its history, reports Al-Anba daily quoting an informed source. The source revealed a shipment of 500,000 barrels of light oil was sent to a client in South East Asia. He said the International Marketing Sector at Kuwait Petroleum Corporation (KPC) offered a price higher by $2 to $3 per barrel compared to that of Oman and Dubai.