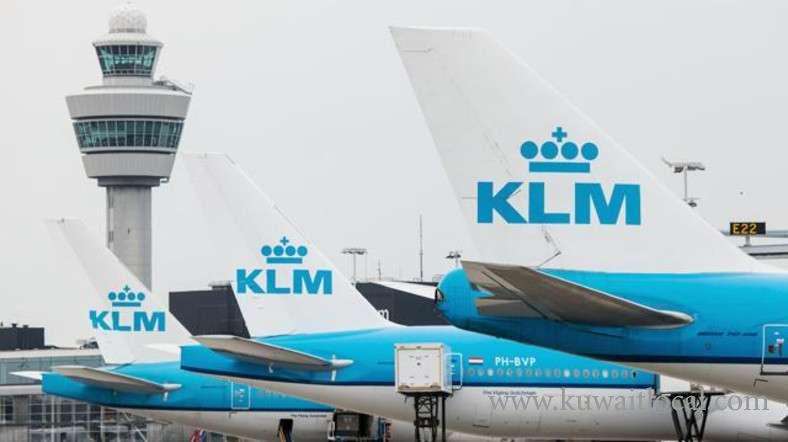 Dutch airline KLM says it will halt flights to Tehran “as a result of the negative results and financial outlook” following the US withdrawal from the Iranian nuclear accord. The airline, part of the Air France KLM group, made the announcement in a short statement on its website Saturday.

KLM said its last flight will leave Amsterdam on Sept 22 and return on Sept 23. KLM ceased flights to Tehran in 2013, resuming them in 2016 after the nuclear deal was signed. That deal saw sanctions on Iran lifted in exchange for it limiting its enrichment of uranium.

In May, President Donald Trump pulled America from the atomic accord, imperilling it. Air France resumed fl ights to Tehran in 2016 after an eight-year absence. The airline continues its fl ights. Iran protested on Sunday against the Netherlands’ expulsion of two of its diplomats and threatened to retaliate for the “unfriendly and destructive move”.

A spokesman for the Dutch intelligence service AIVD told AFP on Friday that two employees of Iran’s embassy had been expelled on June 7, without providing further details. The Dutch ambassador to Tehran was subsequently summoned to express Tehran’s “severe protest” at the move, Iran’s foreign ministry said in an online statement. “As earlier announced to the ambassador of the Netherlands, the Islamic Republic reserves the right to retaliate,” foreign ministry spokesman Bahram Qassemi said in the statement.

The expulsion was “illogical and illegitimate” and Qassemi called on “Dutch officials to refrain from levelling baseless and absurd accusations”. Qassemi also called on the Dutch government to explain “its move to shelter the criminal and terrorist members” of Iranian opposition group, the People’s Mujahedeen. Tehran banned the People’s Mujahedeen in 1981 and the European Union put the group on a terror blacklist between 2002 and 2009.

The two Iranian diplomats were expelled long before arrests announced on Monday by French, Belgian and German authorities of six people — including an Iranian diplomat based in Vienna — on suspicion of involvement in an alleged plot to attack a Mujahedeen rally in a Paris suburb on June 30. Tehran has said the alleged plot was a “false flag ploy” to harm Iran and that two people arrested in Belgium were members of the Mujahedeen.

Meanwhile, Iran has detained a teenage girl who posted dance videos on Instagram and attracted tens of thousands of followers. State TV broadcast a video on Friday in which Maedeh Hojabri, 18-year-old gymnast, acknowledged breaking moral norms while insisting that was not her intention, and that she was only trying to gain more followers. It was unclear whether her statement was made under duress.