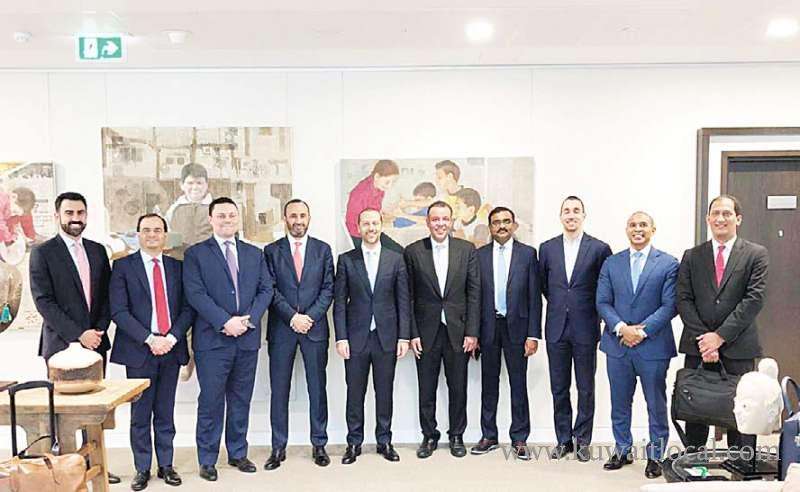 The Chairman of KIB, Sheikh Mohamed Jarrah Al Sabah stated that “As a result of Kuwait International Bank’s (“KIB”) outstanding achievements during the last few years, the solid financial position, its strong credit rating, in line with its well-planned expansionary strategy and its sustainability; and to maintain an appropriate capital adequacy ratio (CAR) level, the Bank decided on issuing an AT1 Sukuk.

He mentioned that KIB, at the beginning of the year, considered issuing the AT1 Sukuk, which was approved by its Annual General Assembly and all competent regulatory bodies. On Wednesday 29 May 2019, KIB has successfully priced a $ 300 Million AT1 perpetual Sukuk that classify under Tier 1 capital as per Basel III and CBK guidelines at an annual profit rate of 5.625%. KIB received an immense investor demand as evidenced by a peak orderbook of USD 4.6 Billion representing an oversubscription rate of over 15 times. This issuance of perpetual Non-Call 5yrs Sukuk, is based on the Islamic Sharia’a principle called “Mudarabah”.

This issuance has been arranged with efforts made by a group of participating parties including Citi and Standard Chartered who acted as Joint Global Coordinators.

Dubai Islamic Bank, First Abu Dhabi Bank, KFH Capital and KAMCO acted as Joint Lead Managers and Bookrunners. Boubyan Bank acted as Co-Manager. The weeklong roadshow launched by KIB attracted investors from 26 countries participated in the Sukuk, with final distribution of 51% to the international investors and 49% to the regional investors.

On this occasion, Raed Jawad Bukhamseen, Vice Chairman and CEO of KIB, stated:” This Sukuk transaction is a clear evidence that Kuwait possesses the components required to attract international investors to enter the Kuwaiti market. We are very pleased with the outcome of this Sukuk transaction, which is the first time issued by KIB”. He also added:” I would like to express my appreciation and gratitude to the regulatory authorities represented by the Central Bank of Kuwait and the Capital Markets Authority for their continued support to the issuance of Sukuk by our bank, including extending their regulatory approvals and guidance in this regard. I would also like to appreciate the relentless efforts of the global coordinators, lead managers & book runners and co-manager. My gratitude is also extended to all local and international investors, and to the bank’s teamwork, who helped in realizing this achievement in a record time. Bukhamseen added:”

This AT1 Sukuk has been issued as an advanced capital instrument under Basel III Capital Adequacy compliance and in line with the rules and regulations of the Central Bank of Kuwait and the Capital Markets Authority, to be made available for trading in the secondary market once issued.

The Sukuk will be listed on Euronext Dublin. This Sukuk adds a new source of capital to KIB, which will support diversification of its capital and funding as well as supporting the expansion strategy and enhancing the Bank’s capital base in accordance with Basel III guidelines . He also added: “The demand for Sukuk issued by our bank reflects the confidence shown in the strength and solidity of the Kuwaiti-banking sector, in general, and the Islamic banking and KIB operations in particular.” He also commented:”

The issuance of perpetual Non-Call 5Y Sukuk, which are in accordance with Islamic Sharia, will enable the Bank to maintain a prudent balance between its various capital components, and to boost the bank’s growth. In addition, this issuance of Sukuk is an important step in fostering the significant role of Sukuk as one of the main products of Islamic banking transactions.

As this product is based on the Islamic Sharia’a principle called “Mudarabah”, by which banks may extend financing facilities to governments and companies, and thus, Sukuk has become a vital component of the global financial market.

Finally, he mentioned that this exceptional demand for KIB’s Sukuk is a clear indication of the confidence shown by both international and regional investors in our strategy, as well as our consistent financial performance. This issuance of Sukuk will also support the Bank’s planned growth and development plan for the coming years with a favorable cost of funds.