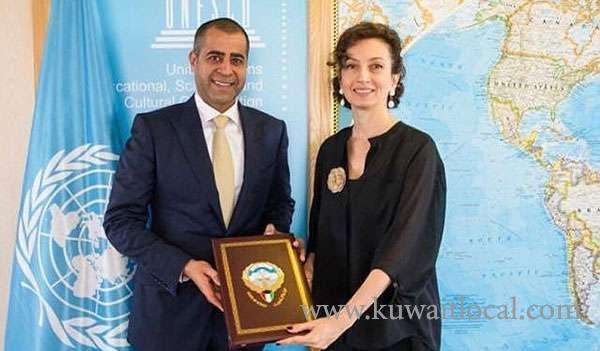 The Kuwait Foundation for the Advancement of Sciences (KFAS) has boasted the historic ties and fruitful cooperation with the UN Educational, Scientific and Cultural Organization (UNESCO). Cooperation between KFAS and UNESCO dates back to 1980s, Amani Al-Baddah, deputy director general of KFAS, told KUNA on Wednesday on the sidelines of her participation in UNESCO’s first Partners’ Forum which kicked off in Paris Tuesday.

She noted that the KFAS cooperated with UNECO to support the Abdus Salam International Centre for Theoretical Physics (ICTP) and the World Academy of Sciences for the advancement of science in developing countries in Italy. Such institutions support outstanding students in the developing countries and offer opportunities in technology, physics and mathematics, she pointed out. Al-Baddah revealed that a new deal would be signed with UNESCO in Lebanon to conduct a study on illiteracy amongst Syrian refugees. She stressed that illiteracy is considered another catastrophe, which does not catch the world’s attention, and affects negatively Syria’s future. She stated KFAS’s role is to build capabilities in sciences and technology as well as encourage people to innovation.

The foundation’s programs include relief acts to needy people after His Highness the Amir Sheikh Sabah Al-Ahmad Al-Jaber Al-Sabah had assigned the institution in 2016 during the donor’s conference to contribute KD 50 million (about USD 165 million) for educating Syrian refugees in Lebanon and Jordan, she stated. Meanwhile, Kuwait’s Permanent Delegate to UNESCO Ambassador Adam Al-Mulla stressed the importance of participation in the forum where countries present their projects and experiments which supported UNESCO’s activities.

He told KUNA in a similar statement that Kuwait has been a leading country in aiding people who are in distress, affirming that this is in line with His Highness the Amir’s directives. On Tuesday, UNESCO Director- General Audrey Azoulay inaugurated the two-day forum, which discusses means of enhancing cooperation between UNESCO and its partners.