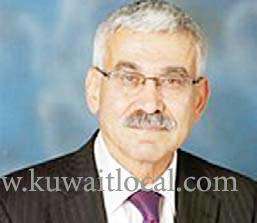 Kuwait Foundation for the Advancement of Sciences (KFAS) is pleased to announce the list of winners of the foundation’s 2018 prizes; the Kuwait Prize for Kuwaiti and Arab researchers, Scientific Production Prize for Kuwaiti scientists and Al-Nouri Prize for the best PhD thesis in Education in the Arab world.

Recognizing the importance of celebrating scientific achievements by awarding researchers and academics for their contributions, KFAS has launched these awards as part of its mission to motivate and support human capabilities, recognize life-achievements and encourage researchers to sustain their efforts in producing high-quality research in Kuwait and the Arab world.

The announcements came after the endorsement of His Highness Sheikh Sabah Al-Ahmad Al-Jaber Al-Sabah, the Amir of the State of Kuwait and Chairman of KFAS Board of Directors, of the decisions of the board, based on recommendations forwarded by the Prize Council and the reports of the evaluation and selection panels.

The Kuwait Prize 2018 is awarded in four fields, the first of which is Fundamental Sciences (Biological Sciences) and was jointly awarded to Professor Hilal Ahmed Lashuel from Yemen, Director of the Laboratory of Chemical Biology of Neurodegeneration of the Brain Mind Institute in the Swiss Federal Institute of Technology, based in Lausanne, Switzerland, and Lebanese Professor Mohamed H. Sayegh, Vice President for Scientific Research and Dean of the Faculty of Medicine at the American University of Beirut (AUB).

Credited
KFAS Director-General Dr Adnan Shihab-Eldin has credited Professor Lashuel for his work to elucidate the molecular and structural basis of protein misfolding, aggregation and the mechanisms by which these processes contribute to the pathogenesis of neurodegenerative diseases including Alzheimer’s disease (AD), Parkinson’s disease (PD), and Huntington’s disease (HD).

Professor Sayegh, on the other hand, was awarded the prize for his globally recognized achievements as a prominent scientist and researcher in the field of transplantation medicine, not to mention his valuable research in renal medicine and transplantation immunobiology, Shihab-Eldin noted. As for the Applied Sciences (Clean and Sustainable Energy Technologies) category, the award went to both Dr Zakya H. Kafafifrom Egypt, Adjunct Professor at the Department of Electrical and Computer Engineering of Lehigh University in Pennsylvania, and to Dr Husam N. Alshareef from Palestine, Professor of Material Sciences and Engineering at King Abdullah University of Science and Technology (KAUST).

Dr Shihab-Eldin added that Dr Kafafiwas awarded the prize for her research on the uses of organic solar cells to generate clean and sustainable energy and to improve their performance and efficiency, while Dr Alshareef was awarded the prize for his work in the domains of energy harvesting and energy storage, including the development of storage devices, such as batteries and super-capacitors. The third award for Economics and Social Sciences (Economy), also went to two winners.

The first is Dr Imad Moosa from Iraq, Professor of Finance and Economics at Royal Melbourne Institute of Technology in recognition of his research and publications on exchange rates, monetary policy, stock markets and effects of environmental policies.

The second winner is Professor Badi H. Baltagi from Lebanon, Professor of Economics and Senior Research Associate at the Center for Policy Research, the Maxwell School at Syracuse University for his outstanding work on Theoretical Econometrics and Econometric Analysis and Banel Data theory. His research and books had a major theoretical impact and often cited as references in subsequent papers, establishing him globally as a leading theorist in the domain of econometrics.

Dr Shihab-Eldin added that the winner of the fourth category in Arts and Literature, the Studies of Arabic Language and Literature prize, is Dr Muhsin Al-Musawi from Iraq, Professor of Arabic Literature at Columbia University. Citing his research on critical studies of the rich Arabic cultural and innovative contributions to postcolonial literature in English.

Al-Refai has 17 scientific papers published in refereed journals and has participated in 12 international conferences. As for the Engineering Sciences category, Dr Khaled Jabr Hassan Al-Fadala, Associate Professor at the Department of Mechanical Engineering in the College of Engineering and Petroleum at Kuwait University, was awarded the prize for his 28 scientific papers published in refereed journals as well as his participation in 19 regional and international conferences.

Published
Dr Salman Khalifa Al-Sabah, Assistant Professor at the Faculty of Medicine at Kuwait University, and general surgery consultant at the Amiri Hospital, won the prize in the category of Medical Sciences and Allied Health Sciences. He has published 47 papers in refereed journals and participated in 90 international conferences.

The prize in the fourth category, Social Sciences and Humanities, went to Professor Abdullah Mohammed Abdullah Al-Hajri, Head of the History Department at the College of Arts at Kuwait University. He has published 17 papers in refereed journals, wrote three books and participated in five regional and international conferences. As for the Anwar Al-Nouri Prize, Dr Shihab-Eldin announced that winner is Dr Dalia Ahmed Mostafa from Egypt, an independent researcher and translator, for her thesis “The Construction of Muscularity through Mother’s Socialization of Children in Egyptian Society:

A Socio-Anthropological Study”. Earlier this week, KFAS was pleased to announce the winners of the 2018 cycle of Al-Sumait Prize in the field of Health. The prize is awarded annually to individuals and/or institutions within one of the proposed three fields of Food Security, Health and Education. An initiative of H.H Sheikh Sabah Al-Ahmad Al-Jaber Al- Sabah, the Amir of the State of Kuwait, the Prize honors the late Dr Abdulrahman Al-Sumait, a Kuwaiti doctor who dedicated his life to addressing the health challenges facing Africa.

The prize aims to recognize the best studies, scientific projects, applied research and innovation that have made a significant and lasting infl uence in advancing progress to economic and social development in Africa, helping the continent’s nations overcome poverty, hunger, lack of potable water, injustice or to improve health care, literacy.