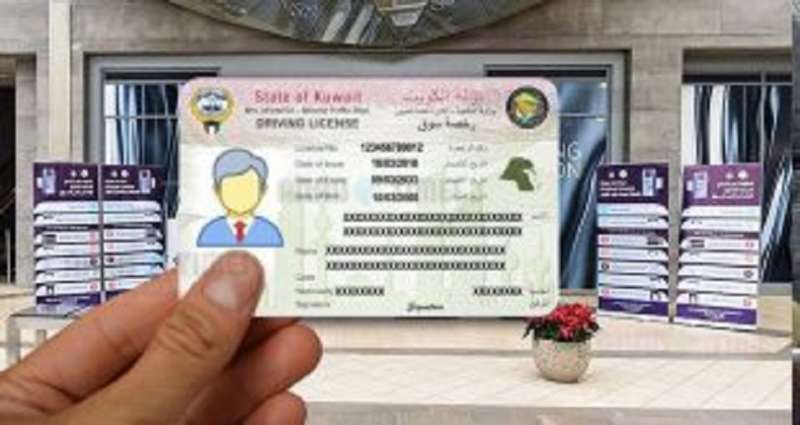 The Undersecretary of the Ministry of Interior Lieutenant General Sheikh Faisal Al-Nawaf has directed the traffic sector to filter out driving licenses granted to expatriates by reviewing the data on licenses granted to expatriates and determining the applicability of the requirements contained in the relevant ministerial decision, including the conditions related to salaries, qualification as well as the exceptions specified in the regulations related to the salary condition, reports Al-Anba daily quoting informed security sources. They said, “According to the new instructions, the holders of driving licenses will be checked. In the event that the salary requirement is not met, the license will be withdrawn.

Take for example an accountant who obtained a driving license. If the accountant received a salary of KD 600 and holds a university qualification, but moved to another job with a salary of KD 400, his license will be withdrawn. As for drivers, there are those who obtained their license while working as a driver, but changed their profession to a barber or something similar. In this case, their driving licenses will also be withdrawn. In the case of media professionals who obtained a driving license despite not fulfilling the salary condition but because an exception was granted, if they changed to a job in a nonmedia field, their driving licenses will get withdrawn…etc.” Driving licenses that are renewed are checked to ensure that the applicant fulfills the required conditions. When the conditions fall short, they are not able to renew their license. In order to achieve the filtering out of licenses, certain procedures will be followed, the most important of which is granting a grace period to renew driving licenses that were issued at an earlier time so that the expatriate holders can obtain the smart license.

Issuance
The issuance of these licenses requires ensuring the application of the ministerial decision in addition to linking and coordinating with the Public Authority for Manpower (PAM) which has files of expatriates so that the concerned departments can provide the traffic sector with necessary information regarding the occupation of an expatriate in order to determine whether or not the conditions in this regard still apply. There is a large segment of expatriates who applied to renew their driving licenses but ended up with withdrawn licenses in the past months for the same reason”. Regarding the old driving licenses owned by citizens, the sources said the aim of the instructions is to withdraw licenses from expatriate holders if they do not meet even one of the necessary conditions specified by the decision, adding that citizens can continue with the licenses in their possession until further notice.

They reiterated that the Ministry of Interior will give sufficient time to implement these new procedures so that there is no crowding at the traffic departments, as it is forbidden to drive with the old license even if it is valid. In the same context, the Undersecretary of the Ministry of Interior Lieutenant General Sheikh Faisal Al-Nawaf held a meeting with the leaders of the traffic sector, led by the Assistant Undersecretary for Traffic Affairs at the Ministry of Interior Major General Jamal Al-Sayegh, and the assistants of the Director General of the General Traffic Department. It is worth mentioning that the smart licenses have the latest security and technical specifications and features that are in conformity with international specifications and standards.

They are permitted to be used internationally and are not subject to forgery. On January 17, the General Traffic Department began the third phase of issuing smart licenses, which were targeting expatriates, as the issuance of such licenses in the previous phases was limited to citizens. On a related level, the Ministry of Interior announced that the Undersecretary Lieutenant General Al-Nawaf chaired a meeting with the leaders of the traffic sector in his office at the headquarters of the Ministry of Interior. During the meeting, several proposals to reduce traffic congestion and traffic density were discussed, and a number of studies and ministerial decisions regarding a new advanced mechanism for granting driving licenses to expatriates were discussed. Sheikh Al-Nawaf affirmed the ministry’s keenness and endeavor to reduce traffic problems.