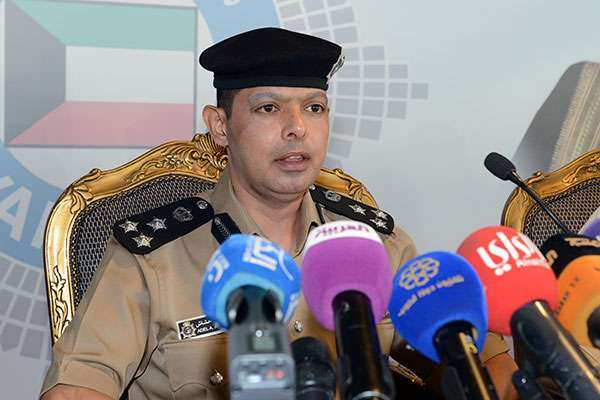 In the "Ministry of Interior Hospitality case," which was filed against 24 individuals, including Adel Al-Hashash, a brigadier in the Ministry of Interior, three years and seven months ago, the Court of Appeals, presided over by Judge Nasser Al Haid, issued a ruling.

A double fine of KD 113 million was imposed on Al-Hashash in addition to 15 years of prison with hard labor. During the public hearing, the court sentenced defendants Iqbal Al-Khalfan and Walid Al-Sanea to two-year imprisonment with hard labor and ordered them to pay KD 20,000 to suspend the verdicts.

Initially, the Court of First Instance had acquitted defendant Sheikh Ahmed Al-Khalifa, but the Court of Appeals overturned the ruling and sentenced him to two years in prison, along with KD 20,000 to suspend the verdict and dismissal. The court also sentenced the defendant Abdullah Al-Hammadi to ten-year imprisonment with hard labor for conspiring to commit fraud, and restitution of more than KD 7 million, which is double the fine.

However, a financial guarantee was required from the typist instead of punishment. The court also declined to punish the defendant Ahmed Abdul Aziz, as well as the defendants Muhammad Ali Al- Kazemi and Muhammad Tariq Al-Kazemi, and obligated them to return KD 5 million, which is doubled the amount.

The court upheld the first-degree verdict against defendants Maher Al-Baghli and Abeer Marafie and ordered their dismissal.

The court also upheld the verdict against defendant Hamad Al-Tuwaijri. The court also refrained from pronouncing punishment for the defendant businesswoman Ghosoun Al-Khaled, but obligated her to pay KD 5,000, and return the sum of KD 3 million, as well as fined her twice the amount.

The court acquitted Ahmed Al-Khaled, upheld the imprisonment of four defendants, and canceled all fines on companies imposed by the Court of First Instance. According to the case file, the financial corruption within the Ministry of Interior was revealed years ago, becoming one of the top corruption cases in the country.

During the investigation, Brigadier Adel Al-Hashash, the former director of Public Relations and Security Media at the Ministry of Interior, abused his position, which was responsible for organizing ministry activities and receiving delegations. He had formed a network of those involved and they worked with him for years to create fake delegations and events that included travel and hotel reservations and gift distribution in order to submit invoices, and receive large sums of money from the ministry in return.