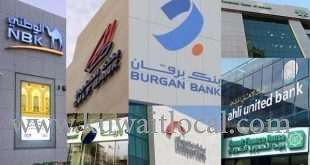 The Kuwait Banking Association (KBA) has asked the Minister of State for Economic Affairs, Maryam Aqeel, to extend the date of national employment rate of an estimated 70 percent in banks to January 2020 instead of July 2019, reports Al-Rai daily.

The Association said the proposed extension will give banks time to adjust their situation and prepare the necessary job plans, and the selection of suitable employees.

In a statement, a copy of which has been obtained by the Al-Rai daily, the banks are fully committed to the decision of the Council of Ministers regarding the percentage of national manpower in the banks, based on their firm belief in supporting the state’s efforts and to provide job opportunities.

Obstacles
According to the Association, some of the facts and obstacles facing the Kuwaiti banks in order to implement this resolution came as follows: the rate of job dropout exceeded 35 percent at all banks, with Kuwaitis the largest segment being 90 percent; the reluctance of new graduates to join the private sector in general, and the banking sector in particular due to the highly competitive nature of the banking sector and the pressures that accompany the workload; banks’ surveys show that the main reason for leaving banks is due to the competitive environment and the financial objectives that put great pressure on employees. Banks have a competitive environment, and noted that a majority of those who resign do not serve the banks for more than three years.

This is in addition to government jobs provided through the Civil Service Commission which represent the first competitor to attract Kuwaitis in a work environment with less stringent requirements, and not required to achieve goals, with a rewarding salary, unlike banks. It is expected that the new decision will contribute to increasing the percentage of national employment in banks directly impacting the difficulty of the recruitment of talent in banks, in addition to the continuity of the leakage of Kuwaiti labor to the government sector.

Moreover, the oil sector is a strong competitor to the banking sector in attracting national cadres, as some of them take up bank jobs as temporary and join the oil sector companies that have a preference in terms of salaries. There are several other reasons such as the current economic situation and the contraction of expansion plans of most banks, commitment to the established ratio requires a longer period of time, especially if taken into consideration some of the banks with large numbers of employees, which will need to make large appointments at all career levels