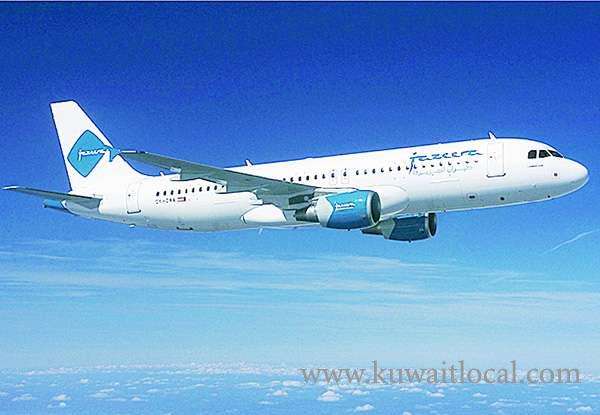 Jazeera Airways today announced its financial and operational results for the first nine months of 2018, reporting a 38.4% growth in operating revenue and a 44.5% growth in number of passengers in comparison to the same period last year.

■ Load factor: 80%, up from 75.8% in 3Q 2017 Jazeera Airways Chairman, Marwan Boodai, said: “Operationally, fuel prices continued to increase in 3Q 2018, rising by 35% from 3Q 2017, and the competitive landscape remained strong. However, despite these challenges, our investments in expanding our offering and network continued to yield positive results. “We ended the third quarter with zero debt. We tapped into a new segment of customers by launching new destinations to the Indian subcontinent, Tbilisi and Medinah, all while enhancing the travel experience through our dedicated terminal at Kuwait International Airport, the first passenger terminal owned by an airline in the Middle East. During the year, Jazeera Airways also took delivery of an A320 and the first A320neo to be delivered in the Middle East.”

The airline operated in 3Q 2018 its first full quarter from its new dedicated terminal, which carried 795,218 passengers since its inauguration. The Duty Free received final permits and started operations in October 2018.

The airline also launched the Ride & Fly service enabling passengers to take a shuttle from various locations in Kuwait, register their luggage and check-in on-board the shuttle.

Boodai concluded: “In the last quarter of the year, demand is expected to pick up during the end of year seasonal holidays in line with travel trends. Jazeera Airways also prepares to launch a new route ahead of the travel season, serving the Indian capital, New Delhi, while new retails offerings continue to open at our dedicated terminal.”