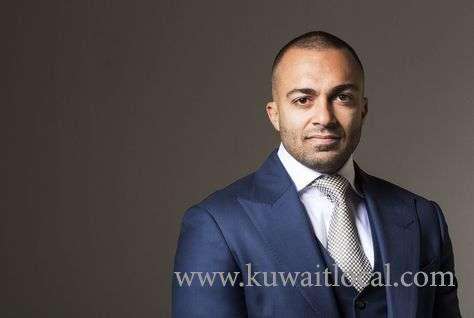 ITP Media Group’s new talent agency is on track to sign up influencers with a total projected reach of over 25 million followers by the end of 2017, new CEO Ali Akawi has confirmed.

Speaking ahead of the UAE’s first ever Influencer Marketing Summit on February 20, hosted by ITP Live, Akawi said the new influencer agency was already reshaping the media landscape.

“The term influencer is self-evidently descriptive, and brands from start-ups to globally recognised products are utilising new, emerging mediums alongside traditional forms of media to fully engage with their existing consumers and to reach out to a new generation of consumers,” Akawi said.

"It is about them creating quality content that speaks to their target audience. Our exclusive influencer client portfolio already consists of 26 influencers with a reach of over 5 million, and plenty more keen to join us."

The new social influencer agency operates across the GCC and has quickly started working with brands such as DTCM and P&G. It has signed up designers, YouTube stars, business thought leaders, models, beauty ambassadors, fashionistas, an Olympian, a former global soccer star and a 15-year old sneaker aficionado.

Akawi said: “For ITP Media Group, a company that has been providing the medium between brand and consumer for over a quarter of a century – that’s pre internet - the creation of this agency is a natural continuation of our best in class service solution levels. We are the region’s most trusted source of targeted, tailored marketing, bringing brands and end-users together consistently and ensuring maximum return on investment.”

According to Akawi, the roll out of the Influencer Agency is an organic expansion in terms of the services the company can make available to the region’s brands.

He explained: “We are able to offer the excitement and effectiveness of this brand new platform with the reliability and confidence of an established media house.  Merging social media with traditional mainstream media is the most effective way of communicating your message in today’s world.

"We want to be at the forefront of this new powerful combination of communication to catapult it to new levels in our region and globally.”Influencers working with ITP Media Group will be able to benefit from the group’s 30 plus websites, 100 plus events and wide range of print media, including over 80 weekly and monthly magazines. For the influencers themselves, it’s a matter of scale, Akawi said. “We have built up a large base of clients, built upon trust and good old fashioned measured effectiveness over the years. No influencer working independently will have access to such a broad range of potential brand partners.  So, to any influencer thinking about joining us, I would say that the economies of scale ensure that we are able to negotiate better rates for you and provide you with timely payments.

"This means you can spend more time pushing quality content rather than worrying about paperwork and invoicing.  We will ensure that our influencers are in the public domain increasing their followers and expanding their networks through our existing media channels.” Akawi added that ITP Media Group is actively speaking to influencers from different sectors and varied followings with credible and high levels of engagement.“It isn’t just about numbers but about credibility and engagement levels,” he said.

ITP Media Group has produced its own internal guidelines before signing up influencers, with a thorough vetting procedure that includes verifying engagement rates and followers.“We are not going to sign up anyone just to show that we have a certain reach. They have to meet and maintain the right level of engagement,” he added.

The company will be hosting the UAE’s first Influencer Marketing Summit on February 20 at the Grosvenor House Hotel in Dubai Marina, chaired by the BBC broadcaster Andrew Neil.

The event will see high profile social media stars such as Joelle Mardinian giving the first keynote speech, while also examining how influencers and brands can work together, and issues of transparency and legislation.

“We are putting this conference together so that all the stakeholders can have a platform to debate the key issues – of which there are many. This is a huge and fast growing new industry. Being a successful influencer is a real talent," he said.

"I have huge admiration for many of these people that have put endless amount of passion, time and work into their content. And to help them grow and protect the future for those social media stars, we need more professional standards in line with the general media standards. There is a case for legislation further down the line. These are important issues that we want to debate and help drive forward as we strongly believe that a combination of mainstream media and social influencers can boost the best results for any campaign,” Akawi added.