<![endif]-->
Advanced Search
Italian Ambassador Has Said That His Country Is Eager To Participate In The Implementation Of The Projects On Kuwait's Development Plans
Category: International 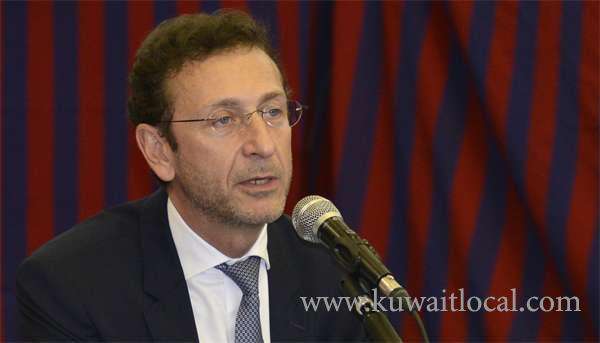 The Italian Ambassador to Kuwait Giuseppe Scognamiglio has said that his country is eager to participate in the implementation of the projects on Kuwait’s development plans. He added that leading Italian companies have been carrying out infrastructure and housing projects in the Gulf country.

Scognamiglio made the statement to a news conference on Wednesday attended representatives of Kuwait Airways. He announced details of the “Italian Week 2017” in Kuwait, Nov 11-19.

Bilateral trade hit $2 billion in 2016, and indicators “so far” this year show a rise of 40 percent, he said. Success of the first edition of the Italian Week, 2016, has prompted the repetition of the initiative, turning it into an annual event to allow “our Kuwaiti friends to expand their knowledge of Italy, he noted. Activities on the Week’s agenda cover music, figurative arts, gastronomy, fashion, technology, promotion of the “made by Italy”, fitness and the wonders of the Italian auto industry, the Italian envoy said.

Scognamiglio thanked the National Council for Culture, Arts, and Letters (NCCAL) for evaluable collaboration in the organization of the Italian Week, as well as the efforts to boost bilateral ties and getting the Kuwaiti youth further acquainted with the Italian culture and industry.

According to the ambassador, up to 7,000 Kuwaitis are granted entry visas to Italy annually. For his part, Kuwait Airways head of public relations Fayez Al-Enzi told the conference that the firm’s sponsorship of the event is part of its support to such cultural and economic events both at home at overseas. Kuwait airways fl ew its first fl ight to Italy in 1969, he noted. Now, the company fl ies four weekly fl ights to the European country.