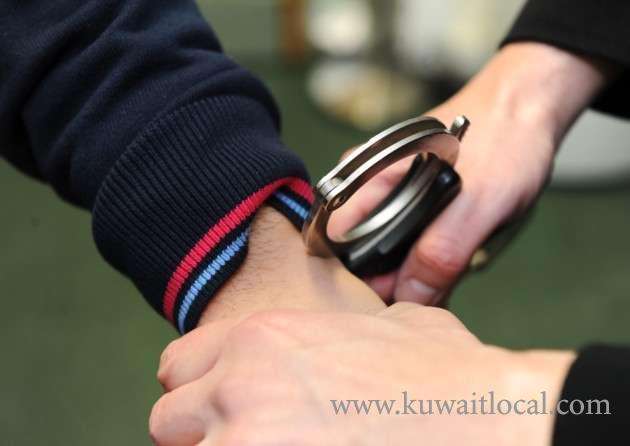 Security authorities in Kuwait have arrested two men who had acquired the Kuwaiti citizenship fraudulently more than 50 years ago.

The two men, born to an Iraqi family, have been enjoying the benefits and advantages of the Kuwaiti citizenship since 1965 when their father conspired with a Kuwaiti man to consider them officially as his own sons.

The investigations launched by the General Directorate for Citizenship and Passports following a tip-off about the case revealed that the father of the two men had agreed with a Kuwaiti to give him money if he accepted to register them as members of his own family.

Following the financial agreement, the Kuwaiti headed to the General Directorate and, giving false information, went ahead with the administrative procedures.

He was thus able to obtain two citizenship certificates that he used to get two national identity cards and passports for his “sons.”

They have been since then living as Kuwaiti citizens with full rights and social benefits, reported on Wednesday.

Following their arrest, the two brothers admitted that their father had bought off the Kuwaiti citizenship and that they benefited from the status to be recruited by an oil company and to set up lucrative companies.

The two were held in custody and their case was referred to the competent authorities, the daily added.

Kuwait has been deeply engaged in a massive operation to unearth cases of forgery and furnishing false information that enabled several foreigners, with the complicity of Kuwaitis, to acquire Kuwaiti citizenship.

Despite the formidable challenges in dealing with the highly sensitive and intricately complex naturalisation issue, the northern Arabian Gulf country has been been able to score some successes in its endeavours.

The efforts last year led to the unmasking of 105 people who got Kuwaiti citizenship illegally.

In the first seven months of 2016, the number of people arrested for obtaining Kuwaiti citizenship fraudulently was 106.

Last month, a court sentenced a Syrian to 15 years in jail for getting the Kuwaiti citizenship fraudulently and benefiting from its advantages.

The Criminal Court also imposed a fine equal to the salaries the defendant had received as a serviceman with the border guards and ordered his deportation following the jail term.

In another case in August, Kuwait revoked the citizenship of 20 naturalised Kuwaitis after investigations concluded they had cheated on their citizenship applications.

The 19 men and a woman in question were related and the investigations focused on their dates of birth which proved cheating on the applications.

The case was referred to the interior ministry.

Under the Kuwaiti citizenship law, the nationality is revoked if the applicant provided false information or fake certificates during the application process.

The revocation is ordered by the Cabinet based on a request from the interior minister.