<![endif]-->
Advanced Search
Iraqi Forces Repelled An Offensive By IS On The Sunni Town Of Shirqat
Category: International 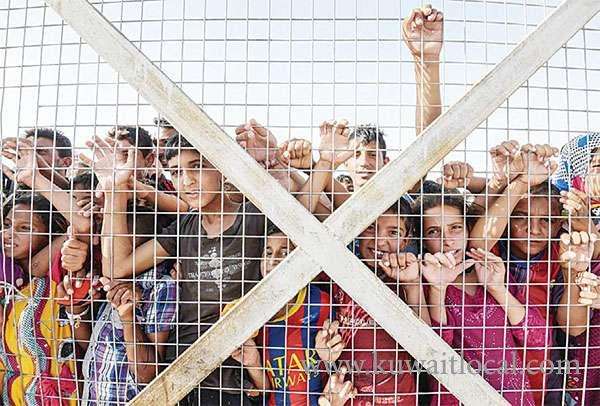 Iraqi forces repelled an offensive launched in the early hours of Saturday by Islamic State on the Sunni town of Shirqat, south of Mosul, during which 38 military and civilians were killed and about 40 more wounded, security sources said. Islamic State lost 24 fighters in the attack, which ended around midday, the sources said. About half the dead in the city and its surroundings were civilians and the rest members of the Iraqi armed forces and Sunni tribal fighters. Authorities declared a curfew in the region between Mosul and the Iraqi capital Baghdad. Islamic State lost Shirqat to USbacked Iraqi government forces and tribal fighters last year. Its fall paved the way for the offensive on Mosul, the militants’ de-facto capital in Iraq. Eight months into the US-backed offensive to take back Mosul, all of the city has been retaken by Iraqi government forces except an enclave by the western bank of the Tigris river. The militants continue to control pockets south and west of Mosul, as well as swathes of territory near the border with Syria and inside Syria. Meanwhile, the Ashti camp in Iraq’s northern city of Arbil on Saturday celebrated the return of a girl whose abduction by jihadists three years ago sent shockwaves through her Christian community.

Flee
Joy filled the prefab unit that is now the home of six-year-old Christina Ezzo Obada’s family, who were forced to flee the town of Qaraqosh, which lies between Arbil and Mosul and was taken over by the Islamic State group in mid-2014. “Seeing my daughter is a miracle,” said her 46-year-old mother Aida. “I was shocked because she has changed so much, I didn’t recognise her.” They were on a bus with other displaced people when jihadist fighters took her daughter from her in August 2014. More than five months after her abduction by IS, Aida heard through acquaintances that her daughter had ended up with a family of 12 in the Tenek neighbourhood of west Mosul. Iraqi forces retook all of east Mosul earlier this year and have been battling die-hard jihadists in west Mosul since February. Christina’s mother told AFP that she had been receiving intermittent information about her daughter but had never managed to talk to her directly. The family Christina lived fled Mosul recently and on Thursday night, the little girl’s eldest brother Elias received a phone call asking him to pick up his sister from another location in the city.

The family Aida described as having “adopted” Christina told her they found the girl alone and crying near a mosque more than two years ago. More than 120,000 members of Iraq’s dwindling Christian minority had to flee their homes when IS swept through the Nineveh Plain east of Mosul in August 2014. Christina’s disappearance had rallied support around the plight of the community, which has yet to return to its towns and villages, most of which were retaken from IS months ago. Friends, relatives and neighbours crowded their modest camp dwelling Saturday but the reunion wasn’t easy for Aida, whose daughter did not recognise her. “She did not remember anything, she was used to being with the family she was with,” she said, as Christina, wearing a wooden crucifix around her neck, looked at the guests around her.