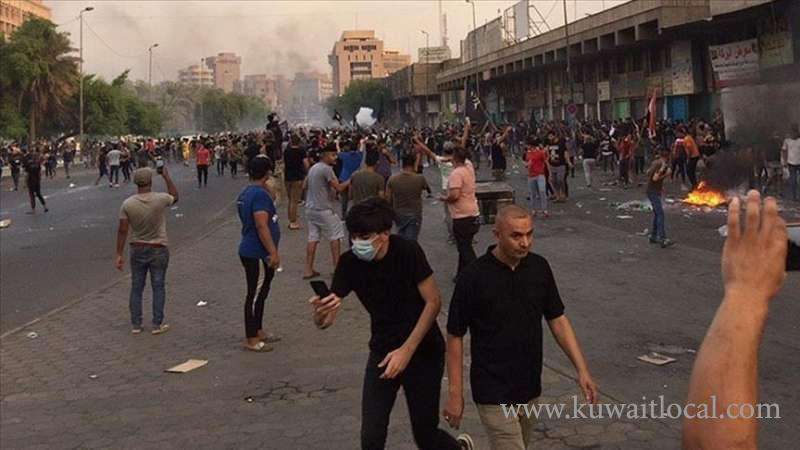 At least 28 people have been killed in anti-government protests across Iraq which began earlier this week, the country's rights commission said on Thursday.

The Iraq High Commission for Human Rights announced the latest death toll since the eruption of protests on Tuesday.

At least 1,177 people have been injured over the last three days, the commission said.

It also said that security forces have detained 216 protestors, 154 of whom have been released.

In a related development, protesters and civil activists interviewed by Anadolu Agency said the government had partially suspended internet services in the country.

Since Tuesday, protests have broken out across several Iraqi governorates, demanding improvement in living conditions and an end to corruption. Security forces have opened fire on protesters to disperse them, causing mass casualties.

Iraqi authorities on Thursday imposed an indefinite curfew in Baghdad in a bid to quell the protests.

He added the armed forces will allow movement for humanitarian cases and travelers to and from Baghdad Airport.

For his part, Parliament Speaker Mohamed al-Halbousi called on representatives of the protesters for talks at the assembly to discuss their demands, according to the official Iraqi News Agency.

Later in the day, clashes between protestors and security forces were witnessed in the outskirts of Baghdad's Green Zone, according to Khalaf.

The officer said a number of protesters were injured by gunfire of security forces and others were affected by tear gas shells.

Protestors retaliated by throwing stones at security forces, injuring some of them.

The Green Zone is a secured area in Baghdad where government headquarters and diplomatic missions are located.

Meanwhile, Iran on Thursday called on its citizens to postpone visits for religious purpose to Iraq until stability is ensured in the country.

Earlier Thursday, Brig. Gen. Qasem Rezaei, commander of Iranian border guards, announced in a statement the closure of Khosravi and Chazabeh border crossings with Iraq Wednesday night due to the unrest.

Bahrain also called on its citizen not to visit Iraq due to current security conditions and urged citizens in Iraq to leave immediately.