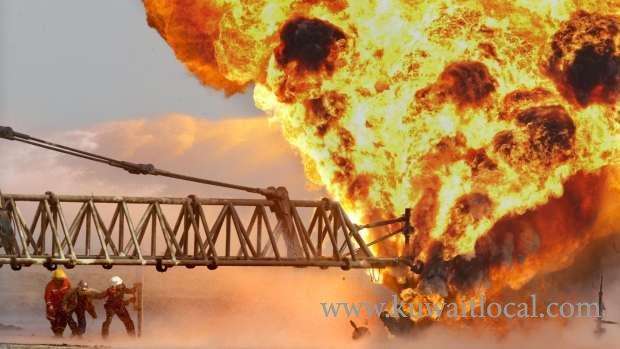 (Bloomberg Opinion) -- I first visited Safwan, a dusty town on the Iraq side of the border with Kuwait, in early 2003, a few weeks before the start of the U.S.-led invasion. Coalition forces were deploying a few miles to the south, waiting for the order to smash through the long manmade berm separating the two countries. Laith, my government-appointed Iraqi minder, knew what horrors were to come.

As a young infantryman during the 1991 ejection of Saddam Hussein’s troops from Kuwait, Laith had lost many comrades in that vicinity. In the retreat, he had carried the body of one soldier for several miles, and buried it in a ditch on the Iraqi side of the border late one night. He had meant to recover the remains eventually, for a proper internment. But it was months before he was able return, and by then he couldn’t recognize the landscape.

It haunted Laith still, the thought that the soldier’s family would never know where their son lay. “Maybe he’s there, under all that mud,” he said, pointing despairingly to the berm.

I was thinking of Laith’s story last week, when I saw images of a solemn ceremony at Safwan: Iraqi soldiers, led by an army major general, handed over the remains of 48 Kuwaitis who had disappeared during the 1990-91 occupation. More than 550 other Kuwaitis remain unaccounted for — and nobody knows how many hundreds of Iraqi soldiers were hastily laid to rest in the dark. But at least some families can now bury their dead.

The ceremony also marks an important milestone in the journey Kuwait and Iraq have traveled toward normal relations since the fall of Saddam Hussein in 2003. The dictator had encouraged Iraqis to regard the little emirate much as mainland Chinese view Taiwan: a rogue province that must one day return to the motherland. These days, Iraqi leaders say bygones should be bygones.

Last month, Prime Minister Adel Abdul Mahdi declared that “the future prospects are far greater than the fears and obstacles between the two countries.” Earlier in the summer, Kuwait’s emir visited Baghdad, his first solo trip there; President Barham Salih of Iraq traveled to Kuwait City for the first time last winter.

This diplomatic confidence-building has great strategic purpose for Baghdad. Iraq, caught between two regional crises — the faceoff between the U.S. and Iran in the Gulf, and the deepening animosity between Saudi Arabia and the Tehran regime — recognizes Kuwait as a relatively safe harbor. The emirate maintains cordial relationships with all three of those antagonists, allowing it to deepen economic ties with Iraq without arousing suspicion or animosity.

For Kuwait, Iraq is a giant market and investment opportunity at its doorstep. It is also an escape from other tensions in the Arabian Peninsula. It is wary of the growing ambitions of Saudi Arabia and the United Arab Emirates in the Gulf Cooperation Council, and uncomfortable with the embargo imposed by those countries (along with Bahrain and Egypt) on Qatar. Iraq is one of the few places in the neighborhood where Kuwait can stretch its foreign-policy legs.

This overlap of interests is already bearing fruit. Iraq and Kuwait are planning to jointly develop oilfields, one of them in the Safwan area. It’s an opportunity to set aside decades-old disputes over the ownership of the land, and what lies beneath. (Remember that Saddam Hussein, in building a justification for the 1990 occupation, claimed Kuwait was stealing Iraqi oil.) Kuwaitis have also been helping the development of gas fields in southern Iraq. For Baghdad, these projects hold out the possibility of developing a hydrocarbons strategy independent from Iranian, Saudi and U.S. interests.

Beyond oil, Kuwait has promised to invest heavily in the reconstruction of Iraqi cities devastated in the war against the Islamic State. There are also plans to set up special economic zones on the border, allowing each side freer access to the other’s markets; last month, the commerce ministers of both countries visited a potential site for one of these — in Safwan.

It will probably be years before all the remains of the 1990-91 conflict are found; my minder Laith, who fled Iraq after Saddam Hussein’s fall, will never locate his fallen comrade. But Iraq and Kuwait are burying their differences, and that’s good for everyone.

To contact the author of this story: Bobby Ghosh at aghosh73@bloomberg.net

To contact the editor responsible for this story: Tobin Harshaw at tharshaw@bloomberg.net

This column does not necessarily reflect the opinion of the editorial board or Bloomberg LP and its owners.

Bobby Ghosh is a columnist and member of the Bloomberg Opinion editorial board. He writes on foreign affairs, with a special focus on the Middle East and the wider Islamic world.