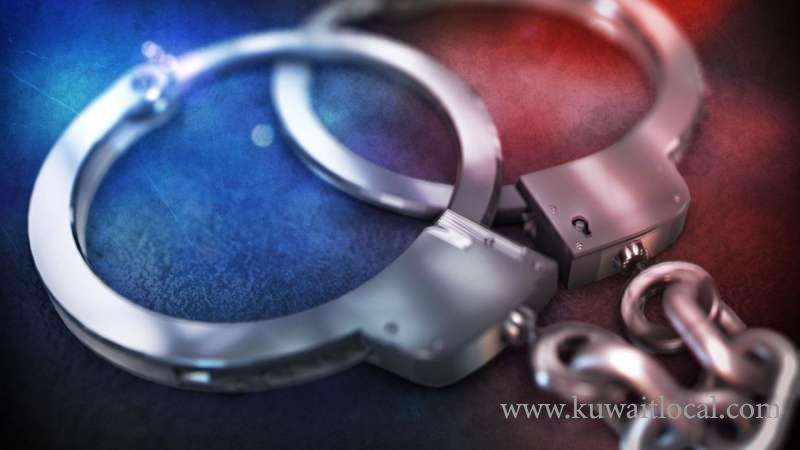 An Iranian expatriate was arrested for obtaining Kuwaiti citizenship illegally.

According to the police report, when detectives received a tip-off about the illegal Kuwaiti citizenship of an Iranian man, they launched intensive investigations and arrested the suspect after confirming the forgery act.

The suspect, when questioned, had confessed that he was aware of the forgery which helped him obtain Kuwaiti citizenship and attain state benefits provided to Kuwaiti citizens.

Detectives discovered that a Kuwaiti citizen, with the aim of marrying an Iranian widow, had submitted false documents to the General Department of Citizenship Affairs to secure Kuwaiti citizenship for the suspect, who was her son from her deceased Iranian husband. She had allegedly informed the citizen that she will agree to his marriage proposal only if he managed to secure Kuwaiti citizenship for her son. As per the law of Kuwait, if any individual, when applying for naturalization, presents fake documents, his/her citizenship can be revoked following a decision from the Cabinet based on a request sent by the Minister of Interior.

The arrest of the Iranian man is within the framework of the tremendous efforts being exerted by Kuwait to discover cases of forgery which enabled many foreigners to acquire Kuwaiti citizenship. The concerned authorities have been able to discover several such cases, despite the huge challenges they have been facing in this regard.

A senior official from Ministry of Interior recently denied reports that the ministry is under pressure to bring an end to its efforts to discover such cases of forgery. He affirmed that all relevant authorities will continue to exert efforts for arresting those who obtained Kuwaiti citizenship through fraudulent ways.

The Iranian embassy in Kuwait has acted in a manner that is contrary to diplomatic norms and to protocol circulars, the Kuwaiti foreign minister has said, reports gulfnews.com.

According to established diplomatic norms, no diplomatic mission accredited to Kuwait may conduct any kind of official correspondence with any local authority except through the Ministry of Foreign Affairs, Sheikh Sabah Al Khalid said as he answered a query from MP Waleed Al Tabtabai regarding letters addressed by the Iranian embassy to Kuwaiti daily Al Jareeda.

The embassy on Nov 9 and Jan 3 wrote to the daily to request it to cease publishing reports attributed to its correspondent in Iran, Firzad Qassimi. The embassy said no reporter under that name was accredited by the Iranian authorities and requested the paper to refrain from publishing reports emanating from Iran pending the identification of their author.

The embassy added that it reserved the right to respond legally. Al Tabtabai, known for his vociferous anti-Iran stances, sought clarifications from the foreign minister about the Iranian embassys attitude. Sheikh Sabah said that the ministry had raised the issue during official meetings with the Iranian ambassador. He pointed out that the ambassador was told that such practice was contrary to diplomatic norms and it should not be repeated. Sheikh Sabah said the ambassador told him that the information office of the embassy has been told not to indulge in such practice again.

The Ministry of Foreign Affairs is fulfilling its responsibilities and obligations according to the constitution and the law. It is also keen to take all diplomatic and legal measures in case Kuwait is subjected to distortion, abuse or infringement of its interests, he said, quoted by Al Jareeda daily on Saturday. Al Jareeda in January published the two Iranian embassy letters on its front page.