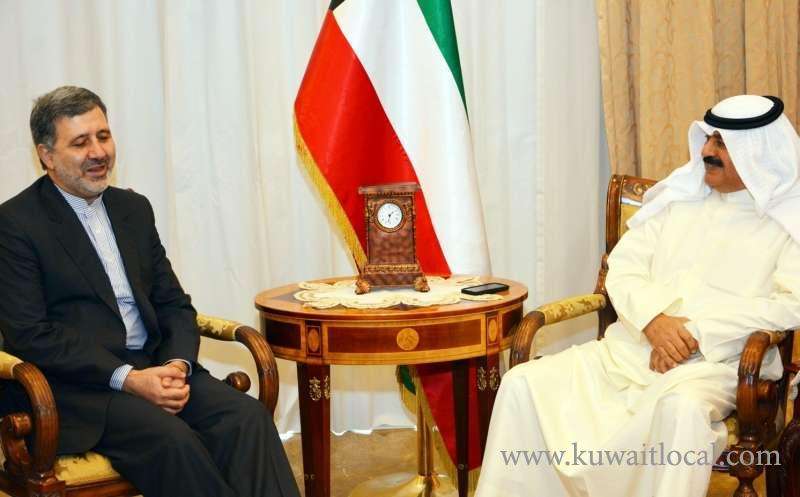 Iranian Ambassador to Kuwait Dr Ali Reza Enayati has denied the reports published by some local media concerning the presence of the “Abdali cell” culprits inside the embassy, and that the convicts had used diplomatic passports issued by the embassy to escape from Kuwait. He insisted that such news are absolutely unfounded and illogical, reports Aljarida daily.

The ambassador stressed that such allegations could harm the fraternal relations shared between Kuwait and Iran, affirming that the embassy will take necessary measures through the Kuwait’s Ministry of Foreign Affairs. Meanwhile, informed sources revealed that the Lebanese government has formed an official ministerial delegation to visit Kuwait in the next few days, after receiving a letter last month from Kuwait’s Ministry of Foreign Affairs regarding the irresponsible practices of Hezbollah and its interference in Kuwait’s internal affairs, particularly its role in the “Abdali cell” issue.

The sources indicated that the delegation will discuss the content of the letter with the Kuwaiti government, and will provide assurances on the measures that Lebanon will take to prevent such heinous practices of Hezbollah. The Lebanese Minister of Interior Nehad Al-Mashnouq is planning to visit Kuwait soon to follow up on the letter sent by the Kuwaiti government to Lebanon regarding the alleged involvement of Lebanese Hezbollah elements in the “Al- Abdali cell”, reports Al-Anba daily quoting informed Lebanese sources.

In this regard, Minister Marawan Hamada clarified that the statement issued after the ministers’ meeting, which was held to discuss the letter sent by Kuwait’s Ministry of Foreign Affairs, was not issued by the Lebanese President Michel Aoun or the Lebanese Prime Minister Saad Hariri but was the result of the deliberations held during the meeting and criticism of ministers for not responding to Kuwait’s letter, which reflects the relations with this sisterly country.