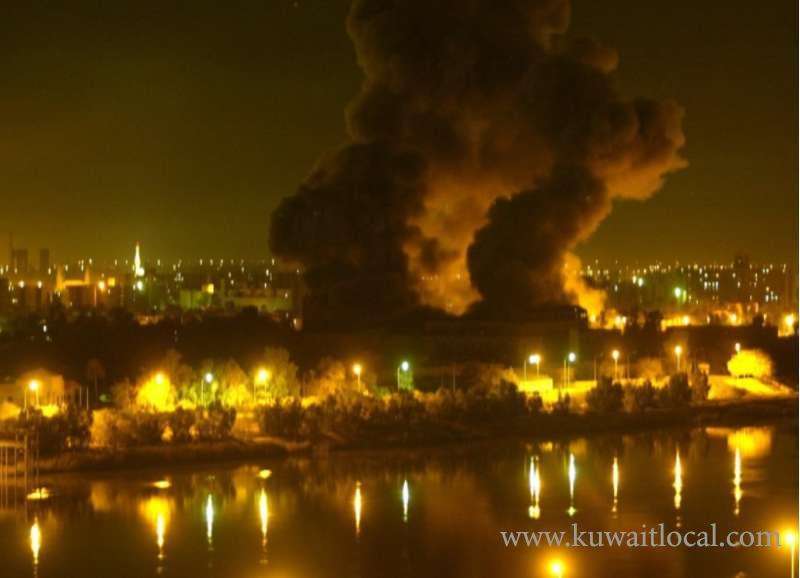 IRAN would be blitzed to bits by the US in a colossal “shock and awe” attack which destroy the regime over night, leaked documents show.
Codenamed Theatre Iran Near Term (TIRANNT), the war plan is believed to be the blueprint for a strike that would pave the war for crushing the country’s powerbase within 24 hours
A war on Iran has been on the drawing board on the Pentagon for more than ten years.

But rising fears of an imminent conflict after Terran’s missile and drone strike on Saudi oil plant attacks, the leaked plans have reemerged and are viewed by experts as how a US attack would unfold.

And while conventional weapons would be used instead of nukes, the attack would nonetheless crush Iran’s military strength with little more than a day.

Under TIRANNT, cruise missiles would be unleashed from ships in the Gulf and bombs dropped from formations of B52 Stratofortress as well as B2 stealth warplanes

More than 10,000 targets would be pummelled.

The US has made military preparations to destroy Iran’s weapons of mass destruction, nuclear energy, regime, armed forces, state and economic infrastructure within days if not hours

Planes could fly from the British territory of Diego Garcia in the Indian Ocean, Saudi Arabia, and the United Kingdom.

Presently there is only one US Navy aircraft carrier deployed to the Gulf, the USS Abraham Lincoln.

But the plan highlights how six aircraft carrier groups can be dispatched off the coast of Iran at a month’s notice.

The sheer intensity of the air raids would mirror the 2003 “shock and awe” attacks in Iraq.

This quickly saw that country’s defences crumble before an invasion swept dictator Saddam Hussein from power.

The war plan, which also involves NATO and Israeli forces, was leaked by William Arkin, a former US intelligence analyst in 2007.

The blueprint was subsequently examined by Dr Dan Plesch and Martin Butcher.

Their study concludes: “The US has made military preparations to destroy Iran’s WMD (weapons of mass destruction), nuclear energy, regime, armed forces, state apparatus and economic infrastructure within days if not hours.

“Any attack is likely to be on a massive multi-front scale but avoiding a ground invasion.”