<![endif]-->
Advanced Search
US Goal To Deter, Not War With Iran
Category: International 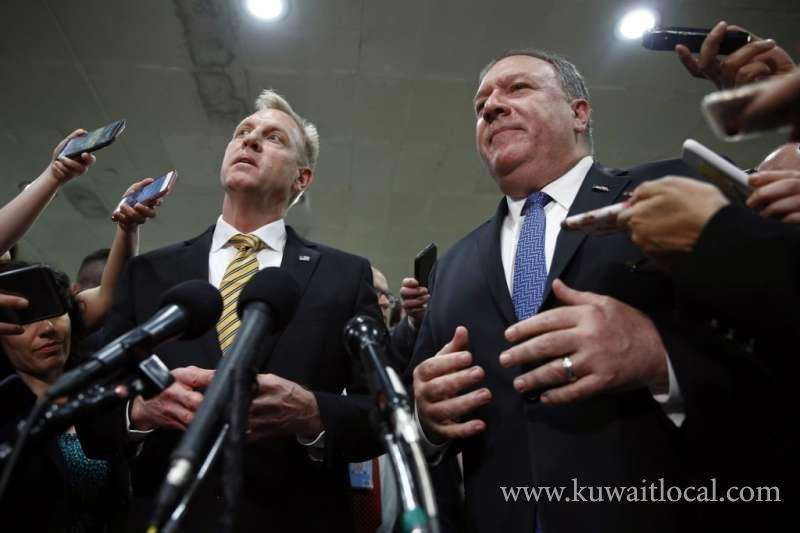 US officials who briefed Congress about Iran on Tuesday sought to convince lawmakers that President Donald Trump’s administration wants to deter Tehran’s aggression, not attack the Islamic republic, members of Congress said.

“I hope they’re tamping down (the rhetoric). They tried to give that impression,” Representative Eliot Engel, chairman of the Foreign Affairs Committee, told reporters after the classified briefing for the full House of Representatives. Secretary of State Mike Pompeo, Joint Chiefs of Staff Chairman General Joseph Dunford and Acting Secretary of Defense Patrick Shanahan held the briefing after lawmakers, including Trump’s fellow Republicans as well as Democrats, clamored for weeks for more information about escalating tensions with Iran. The administration officials held a similar briefing, also behind closed doors, for the full Senate later on Tuesday.

Imminent
At the closed-door sessions, they spelled out to lawmakers what they described as the imminent threat from Iran, or its proxies, to US personnel in the Middle East. Several Democrats said they were skeptical about the extent of the threat, but Trump’s fellow Republicans generally agreed there was a heightened risk to Americans. “There is no intention to go to war in the region. This is a deterrent operation to stop Iran’s escalation and aggression,” Representative Mike McCaul, the ranking Republican on the House foreign affairs panel, told reporters. After speaking to lawmakers, Shanahan said the administration does not want the situation to escalate and that its actions to date had deterred attacks by Iran on US forces.

“This is about deterrence, not about war. We’re not about going to war,” Shanahan told reporters. Pompeo, who has been an Iran hawk since he served in the House, made only a general comment that the administration officials had discussed their “strategic campaign” in the briefings. Tehran and Washington have been escalating rhetoric against each other this month, following Trump’s decision to try to cut Iran’s oil exports to zero and beef up the US military presence in the Gulf in response to what he said were Iranian threats.

Concessions
Trump said the tightened sanctions were intended to push Iran to make concessions beyond the terms of the 2015 international deal to curb Iran’s nuclear program. Trump withdrew the United States from the pact a year ago. Last week, Washington pulled some diplomatic staff from its embassy in Baghdad following attacks on four oil tankers in the Gulf.

Iranian President Hassan Rouhani on Tuesday rejected talks with the United States, after Trump said Iran would call and ask for negotiations “if and when they are ever ready.” After the Senate meeting, Republican Senator Lindsey Graham said they had told lawmakers the recent attacks on shipping and a pipeline in the Middle East were directed by the Iranian government and that US officials had detected worrisome communication between Tehran and a Shi’ite militia that prompted the military to quickly relocate an aircraft carrier.

“They explained to us how the Iranian threat streams were different than in the past, that the attack on the ships and the pipeline was coordinated and directed by the Iranian government, the ayatollah,” Graham told reporters. Some House Democrats accused the administration officials of twisting intelligence to make the case for what they see as an aggressive response to any Iranian actions.