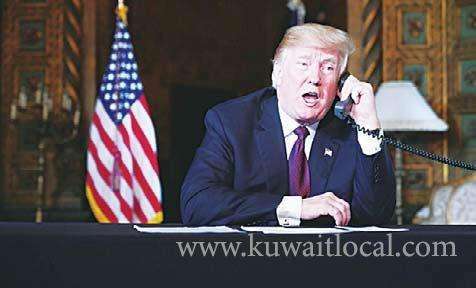 The Trump administration has placed three dozen countries on an annual list of trading partners that “present the most significant concerns” regarding the lack of intellectual property (IP) rights protections, reports Al-Qabas daily quoting theepochtimes.com. Among the worst, placed on the “Priority Watch List,” are Algeria, Argentina, Chile, China, India, Indonesia, Kuwait, Russia, Saudi Arabia, Ukraine, and Venezuela, according to a 2019 report by the Office of the United States Trade Representative (USTR), an agency that represents the United States in foreign trade talks.

“This report provides an opportunity to call out foreign countries and expose the laws, policies, and practices that fail to provide adequate and effective IP protection and enforcement for US inventors, creators, brands, manufacturers, and service providers,” states the report released April 25.

IP theft costs the US economy upward of $225 billion and as much as $600 billion a year in counterfeit goods, pirated software, and theft of trade secrets, according to the 2017 IP Commission Report prepared by the National Bureau of Asian Research, a Seattle-based think-tank with strong ties to major US corporations.

Earlier, it was reported that Kuwait has been working hard in the past five years to ameliorate intellectual property protection to encourage creativity and invention and attract investments. This report was attributed to the US intellectual property attache for the Middle East and North Africa (MENA). “We saw about five years ago a growing appreciation for the importance of different policies that would incentivize private sector and incentivize people to create, innovate and to also bring investments to Kuwait and to the region,” Peter Mehravari said in an interview with KUNA.