Advanced Search
The Soldiers Headed Off To Kuwait In Support Of U.S. Operations In The Country
Category: International 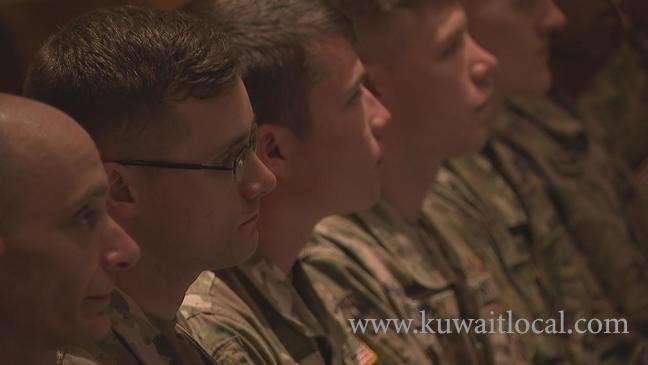 Called to duty, a special send-off Friday for local members of the National Guard. The soldiers headed off to Kuwait in support of U.S. operations in the country. For many families, it was a very emotional goodbye. Twenty-five soldiers are leaving their homes and their families.

Loved ones are sad to see them go, but proud of their service to the country. "There's been some emotional moments, but we have a great support system and I think that's what's going to help us through this," said Stephanie Ross.

The reality of it all is slowly starting to reveal itself. Ross, along with her 3 young children will be without her husband Scott for a year.

"We sat with them at the table one night at dinner and let them know that dad was leaving," said Ross.

Ross' Columbus based National Guard unit is set to deploy to Kuwait. He told ABC6 that leaving his family is not easy.

"I just hope the kids understand what it's all about. Obviously, my wife does. Sometimes you just kind of block that out so it doesn't get to you," said Ross.

Friday, the soldiers and their families gathered for a call to duty ceremony at Pontifical College. It was a chance to recognize them for their service to the country. For the Ross family, it was a difficult day.

"I'm going to really miss them a lot. It's going to be a tough year," said Scott Ross.

Their family like many of those at the ceremony understand the importance of this call.

"I think once he leaves and I think we have some downtime, I think it's when it's really probably going to hit all of us that he's going and he's going to be gone," said Stephanie Ross.

Each and every family proud of the soldier's commitment. Now, they all have to patiently wait for their return home.

The soldiers leaving Friday will join about 600 others for this mission in Kuwait.

The Airport Continues Its Commercial Flights According to Alqabas Kuwait International Airport continued to operate commercial flights for the fifth consecutive day, as 14 flights arrived in the country yesterday, while 16 flights departed. A re... August 06, 2020 0 7705 Category: Travel

19 Dead and 127 Injured after Air India flight crashlands in Kozhikode, breaks into two 19 passengers died and 127 were injured, including 15 seriously, when a plane coming from Dubai met with an accident at Karipur airport in Kozhikode, Malappuram Superintendent of Police (SP) said on F... August 07, 2020 0 6084 Category: India

3 Stage Plan For Return of Expats - MOI High sources revealed Alqabas  that the return of residents to the country will take place according to 3 successive stages, during which priority will be according to the needs of the state, wit... August 07, 2020 1 4332 Category: Expats

Allow Entry To Non-Kuwaitis From The 31 Banned Countries Who Are Related To A Kuwaiti The General Administration of Civil Aviation issued a circular to airlines operating at Kuwait International Airport allowing non-Kuwaiti passengers who have a relationship with a first-class Kuwaiti ... August 09, 2020 0 4071 Category: Travel

Ministry Of Health Prepared The List Of Expats Who Are Struck Outside The Country Health Ministry is developing a inventory  of its employees, who are stuck outside the country and  are unable to return to Kuwait thanks to restrictions imposed  due to coronavirus pan... August 06, 2020 1 3033 Category: Kuwait

Kuwait – India Agrees To Evacuate 1,000 Indians Per Day Back To India The Indian Government is about to start flights to bring back Indian expats who are willing to come back to India from Kuwait. Regarding this Indian authority had a discussion with the Kuwait counterp... August 06, 2020 0 2922 Category: Travel

Deportation of More than 350,000 expats in short term The government developed a plan to address the demographic issues, consisting of many items, which were disclosed in a report prepared by a group of government agencies headed by the Ministry of Affai... August 09, 2020 0 2566 Category: Expats

Salary Of Traveling Teachers Does Not End Until The Airport Opens At a time when responsible educational sources revealed instructions for school directors to ensure that the salary of traveling teachers who were unable to return because of the suspension of air tra... August 07, 2020 0 2504 Category: Education
Popular Offers