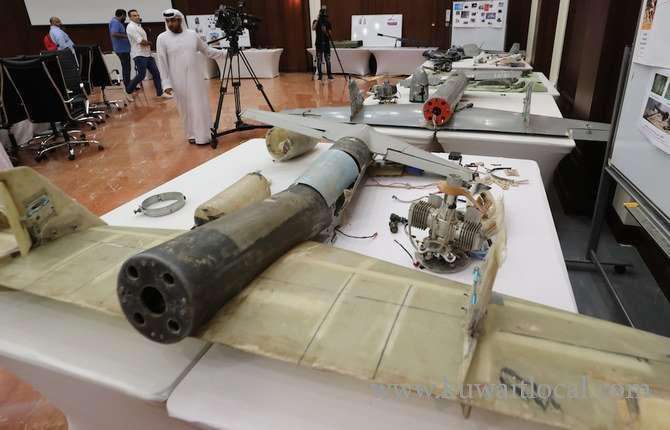 -Iran-backed militias have no qualms about attacking the holiest place in Islam, says analyst
-This is not the first time that Houthi militias have targeted Makkah, having fired on the city in July 2017

The missiles were reported to have been heading toward Makkah and Jeddah.

A spokesman for the Arab Coalition said that the missiles were destroyed over Taif in the early morning, and that fragments from the first projectile had landed in Wadi Jalil, a valley that extends toward Makkah.

Residents in Jeddah told Arab News that they heard a loud blast early on Monday morning.

This is not the first time that Houthi militias have targeted Makkah, having fired on the city in July 2017.

Videos circulating on social media reportedly show the second missile being intercepted and destroyed in the skies over King Abdulaziz International Airport.

Dr. Hamdan Al-Shehri, a Riyadh-based Saudi political analyst and international relations scholar, said: “This isn’t the first time that the Houthis and their masters in Tehran have fired missiles close to the holy city of Makkah.”

They have no qualms about attacking the holiest place in Islam, he added.

“They care nothing for the sanctity of the holy month of Ramadan. What they did today, and what they did in the past, clearly reveal their sinister designs to strike at the heart of the Muslim world,” Al-Shehri said.

“Now is the time for all Muslim nations in the world to come to the defense of the holy land. Our sacred places are under attack from Iran, the Houthis and their militias,” he added.

“Mere condemnation won’t do. Iran and the Houthis have crossed a red line, and this calls for deterrent action against Tehran,” he said.

Monday’s aggression came as Saudi Arabia warned that recent drone attacks against its oil-pumping stations by the Houthis will jeopardize UN peace efforts in Yemen and lead to further escalation in the region.

Abdallah Al-Mouallimi, Saudi ambassador to the UN, said “seven explosive drones” directed by the Houthis attacked pumping stations on May 14 in the cities of Dawadmi and Afif “on the east-west oil pipeline that transfers Saudi oil to Yanbu port and to the rest of the world.”

He urged UN Security Council members, in a letter circulated on Monday, “to disarm this terrorist militia in order to prevent the escalation of these attacks which increase regional tensions and raise the risks of a broader regional confrontation.”

Al-Shehri said Monday’s attack is a reminder to Muslim nations about the clear and present danger from Iran.  “Tehran timed the attack just as King Salman has called for a meeting in Makkah to discuss the threat from Iran to the Muslim world,” Al-Shehri said.

Saudi security forces have intercepted and destroyed 227 ballistic missiles launched by the Houthis at the Kingdom since 2015.