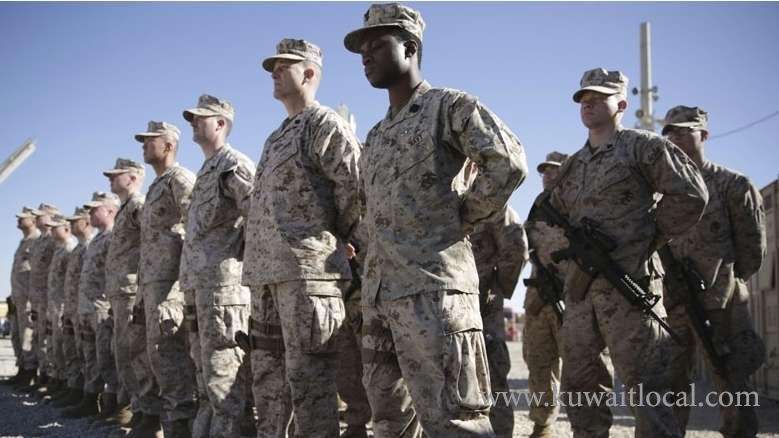 The Pentagon was expected to present on Thursday plans to the White House to send up to 10,000 more troops to the Middle East, in a move to beef up defences against potential Iranian threats, US officials said.

The officials said no final decision has been made yet, and it's not clear if the White House would approve sending all or just some of the requested forces. Officials said the move is not in response to any new threat from Iran, but is aimed at reinforcing security in the region. They said the troops would be defensive forces, and the discussions include additional Patriot missile batteries, more ships and increased efforts to monitor Iran.

The officials spoke on condition of anonymity.

Thursday morning's meeting came as tensions with Iran continue to simmer. Any move to deploy more forces to the Middle East would signal a shift for President Donald Trump, who has repeatedly emphasized the need to reduce America's troop presence in the region.

US officials have provided few details about possible Iranian threats, but indicated they initially involved missiles loaded onto small Iranian boats. This week officials said the missiles have been taken off the boats near Iran's shore, but other maritime threats continue.

Sending more troops could also raise questions on Capitol Hill. During back-to-back closed briefings for the House and Senate on Tuesday, defence leaders told congressional officials the US doesn't want to go to war with Iran and wants to de-escalate the situation.

Acting Defence Secretary Patrick Shanahan and Secretary of State Mike Pompeo told lawmakers the US is seeking to deter, not provoke, Iran, even while accusing Tehran of threatening US interests in the Mideast. Shanahan told reporters, "Our biggest focus at this point is to prevent Iranian miscalculation".

Many in Congress are skeptical of the administration's approach to Iran, questioning whether it is responding to significant new Iranian threats or escalating a situation that could lead to war.

CNN first reported that the Pentagon will brief the White House on a plan that could send thousands of additional US troops to the Middle East.

Air Force Col. Patrick Ryder, spokesman for the Joint Chiefs of Staff, declined to comment, saying, "As a matter of long-standing policy, we are not going to discuss or speculate on potential or alleged future operations or plans".

In early May, the US accelerated the deployment of an aircraft carrier strike group to the Mideast and sent four B-52 bomber aircraft to the region. The Pentagon also decided to move a Patriot air-defence missile battery to an undisclosed country in the area.

The Trump administration has evacuated nonessential personnel from Iraq, amid unspecified threats the administration said are linked to Iranian-backed militias in the country.

On Sunday, a rocket was fired into Baghdad's heavily fortified Green Zone, landing less than a mile from the sprawling US Embassy. There were no injuries and no group claimed responsibility, but the rocket was believed to have been fired from east Baghdad - which is home to Iran-backed militias.

Kuwait Opens Airport. More Than 10,000 Tickets Cancelled As Kuwait opened its Airport for commercial operation today, according to reports, more than 10,000 tickets will be cancelled after the sudden decision to ban commercial aviation with 31 countries. ... August 01, 2020 0 8179 Category: Travel

Kuwait Bans Entry From 31 Countries Kuwait today expanded the list of countries, from which it is prohibited for people to enter Kuwait. As the Kuwait airport started commercial activities today, the Civil Aviation Authority announced t... August 01, 2020 0 5953 Category: Travel

India Signs Air Transport Bubble Agreement With Kuwait India and Kuwait have signed a transport bubble agreement which will enable air carriers to uplift stranded passengers both to and from India. However, since Kuwait has issued a temporary ban of re... July 31, 2020 0 5937 Category: Travel

List Of Travel Ban Countries May Change Continuously - Govt Spokesman The Kuwait Government spokesman Tariq Al-Muzaram said that there was no exception for those coming from any country to Kuwait from presenting the PCR certificate, which is mandatory according to healt... August 02, 2020 0 5232 Category: Kuwait

Expatriates Who Left Kuwait After September Can Now Return Expatriate residents who have left Kuwait after September 1, 2019 can re-enter Kuwait as per a circular issued by Kuwait’s Directorate General of Civil Aviation DGCA allowing passngers to be abl... August 01, 2020 0 5006 Category: Kuwait

2,800 Departures And 1,470 Arrivals Within Two Days According to Alqabas Director of the General Administration of Civil Aviation M. Yousef Al-Fawzan revealed that the agencies operating at Kuwait International Airport have succeeded in implementing th... August 04, 2020 0 4648 Category: Travel

Travel Packages For Expats Who Are Willing To Return From 31 Banned Countries Considering the current Pandemic situation all over the world,Kuwait has banned travel from 31 countries, so expats cannot return back to Kuwait from banned countries. Travel agencies are taking th... August 04, 2020 4 3800 Category: Travel

Kuwait Hottest Country In The World Sulabiya Area in Kuwait is Hottest in the World in Last 24 Hours with 52.4°C Kuwait, Iraq, Iran and Saudi Arabia ranked in the list of top 15 hottest cities in the last 24 hours, with 8 ar... August 01, 2020 0 3766 Category: Weather in Kuwait

India Extends Ban On International Flights Till Aug 31 India on Friday extended the ban on international commercial passenger flights till August 31. But the restriction shall not apply to international cargo operations and flights specifically approved b... July 31, 2020 0 3591 Category: Information
Popular Offers