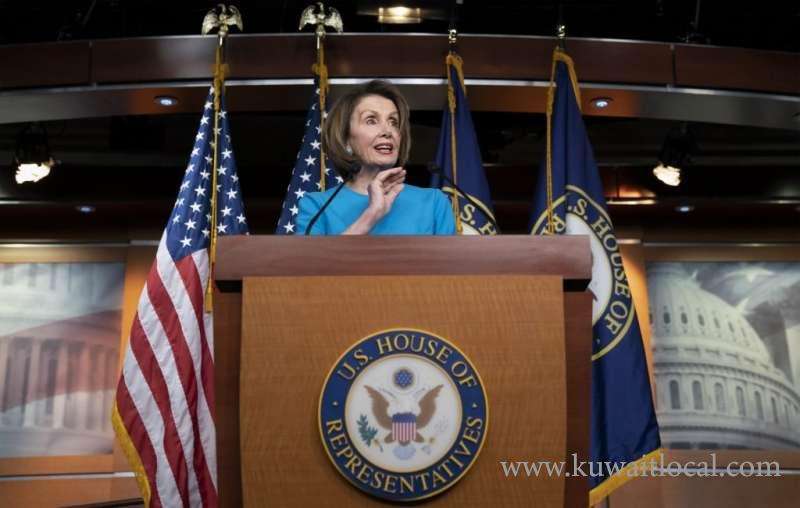 The Trump administration does not have congressional authorization to go to war against Iran, the Democratic leader of the US House of Representatives said on Thursday amid escalating tensions in the region. US House Speaker Nancy Pelosi told reporters that the Republican administration would provide a classified briefing for top lawmakers – the so-called Gang of Eight – on Iran later on Thursday.

President Donald Trump said on Thursday he hoped the United States was not heading to war with Iran as he prepared to meet with Switzerland President Ueli Maurer, whose nation has served as a diplomatic conduit between the two countries. Asked if Washington was going to war with Tehran, Trump told reporters he “hope not” as he greeted Maurer at the White House.

Tensions have escalated in recent days with increasing concerns about a potential US-Iran conflict. Earlier this week the United States pulled some diplomatic staff from its embassy in Baghdad following weekend attacks on four oil tankers in the Gulf.

Switzerland, a neutral country, has historically been a liaison between the United States and Iran which have no diplomatic relations. The Washington Post, citing unnamed US officials, reported late Wednesday that Trump preferred a diplomatic route with Iran and direct talks with its leaders but worried that some of his advisers were pushing war.

Heightened threat
Britain agrees with the United States that Iran poses a heightened threat and will work closely with its ally, Foreign Secretary Jeremy Hunt said on Thursday. Hunt said he had discussed Iran with US Secretary of State Mike Pompeo last week in London, and again in Brussels on Monday.

“We share the same assessment of the heightened threat posed by Iran,” Hunt said on Twitter. “As always we work closely with the USA.” Earlier this week, Britain’s defence ministry backed a British general who appeared to question the Trump administration’s claims that an imminent threat had emerged from Iran.

The US military has sent forces, including an aircraft carrier and B-52 bombers, to the Middle East in a move that US officials said was made to counter “clear indications” of threats from Iran to American forces in the region. However, Chris Ghika, the deputy commander of the US-led coalition fighting Islamic State in Syria and Iraq, said that there had been no increased threat from Iranian-backed forces