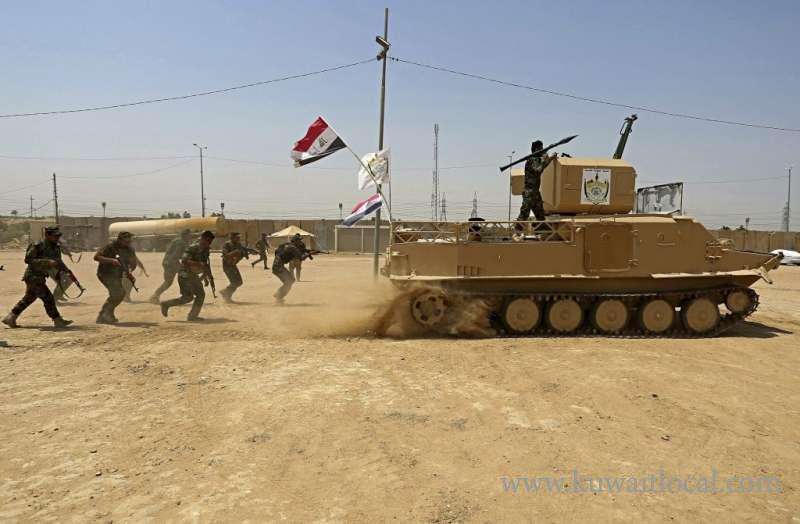 Leading Iraqi Shiite figures warned Monday against attempts to pull their country into a war between the US and Iran, saying it would turn Iraq into a battlefield yet again, just as it is on the path to recovery. The warning came hours after a rocket slammed into Baghdad’s heavily fortified Green Zone, landing less than a mile from the sprawling US Embassy. No injuries were reported and no group immediately claimed the Sunday night attack.

Shortly after, President Donald Trump tweeted a warning to Iran not to threaten the United States or it will face its “official end.” Last week, the US ordered the evacuation of nonessential diplomatic staff from Iraq amid unspecified threats from Iran and rising tensions across the region.

The White House has also sent warships and bombers to the Persian Gulf to counter the alleged Iranian threats. Iraqi military spokesman Brig Gen Yahya Rasoul tweeted Monday that the army command in Baghdad is working “day and night” to guarantee the security of citizens, foreign missions and international and local companies.

On Monday, two influential Shiite clerics and a leading politician – all with close ties to Iran – warned that Iraq could once again get caught in the middle.

The country hosts more than 5,000 US troops, and is home to powerful Iranian-backed militias, some of whom want those US forces to leave. Populist Shiite cleric Muqtada al-Sadr said any political party that would drag Iraq in a US-Iran war “would be the enemy of the Iraqi people.”

“This war would mark the end of Iraq,” the black-turbaned al-Sadr warned. “We need peace and reconstruction.” The influential cleric’s statements were echoed by the Shiite militias, which appeared to distance themselves from Sunday’s attack. Qais al-Khazali, the leader the Iranian-backed Asaib Ahl al-Haq, or League of the Righteous group, tweeted that he is opposed to operations that “give pretexts for war” and added that they would only “harm Iraq’s political, economic and security conditions.