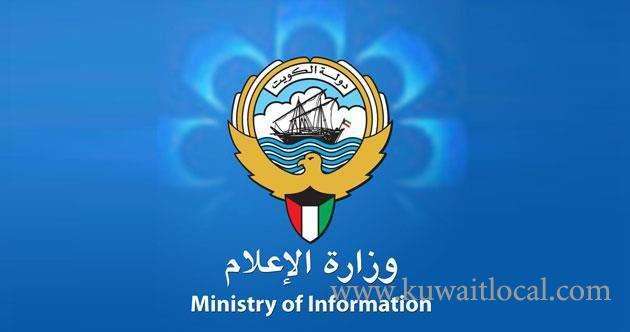 The Ministry of Information has been taking certain administrative and financial procedures to lessen official missions as a way of conserving expenses in that regard, reports Al- Jarida daily.

According to a source, the ministry rejected calls made by some employees from various sectors over the past weeks to rephrase the official mission clause. The rejection was to ensure suitability for the country’s general direction to ensure preservation of public funds.

He said the most important aspect of procedures stipulated by the ministry for official missions is that participation is limited to conferences related to international organizations only.

This is in line with directives from the Civil Service Commission, especially since such activities are meant to highlight the role of Kuwait in various vital issues regionally and internationally.

He stressed that participation in official missions should be at the level of ministers, undersecretaries, assistant undersecretaries and a limited number of officials in their offices. He added the current mechanism grants some directors the right to official missions in a very limited manner and for specific activities. He reiterated the decision of the ministry is in line with the directive of monitoring agencies to ensure conservation of public funds.

Meanwhile, important files and documents containing confidential information about employees and officials at the Ministry of Education are at risk of being lost or damaged as they are not kept in a secure place, reports Al-Qabas daily quoting a reliable source who revealed these documents were left in the old building although the ministry has relocated to the new building for almost a year now.

Speaking to the daily, the source affirmed that the State Audit Bureau (SAB) has warned about the lack of commitment to instructions and standards in keeping such documents in a safe place.

The source said the ministry failed to protect files which were left lying on the ground and shelves, indicating some of these documents date back to the years 2015 and 2016. The source pointed out the ministry attributed this to the condition of the old building and lack of spaces for storing the documents, so it decided to put these files in any available space.