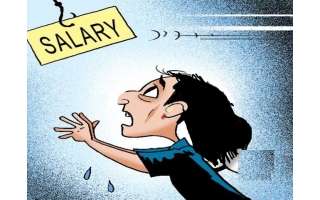 The Indonesian Embassy in Kuwait affirmed its concern for the protection of all its compatriots living in the country, stressing that all necessary procedures will be taken for the Indonesian residents in the country to access their legal rights, reports Al- Seyassah daily. In a press statement, the embassy clarified that the Indonesian government has stopped sending Indonesian housemaids to a number of GCC countries including Kuwait for more than five years.

Since then, the size of the Indonesian community in Kuwait has reduced. According to the Kuwaiti Ministry of Interior, the number of Indonesians living in Kuwait as of February 2015 is 8,887, including 5,499 housemaids who are being treated well by their employers.

However, some sources revealed that some of these Indonesian housemaids are unfortunately treated badly and inhumanly. They explained that one such case is a housemaid who worked for 10 years with a monthly salary of KD 50.

However, she did not receive her salary for ten years. During that time, she was also not allowed to travel and see her family. She suffered a lot from the way she was mistreated by her employer such that her left eye is damaged. The diplomatic corps in the Indonesian Embassy have been trying to settle the problem in a friendly manner with her employer but in vain.

In another issue, an Indonesian housemaid died on Oct 21 in the Amiri Hospital due to prolonged illness. It came to the notice of the embassy on Oct 20 that the deceased lady was in critical condition caused by severe bleeding. The sponsor is said to have thrown her out of the house because of her sickness.