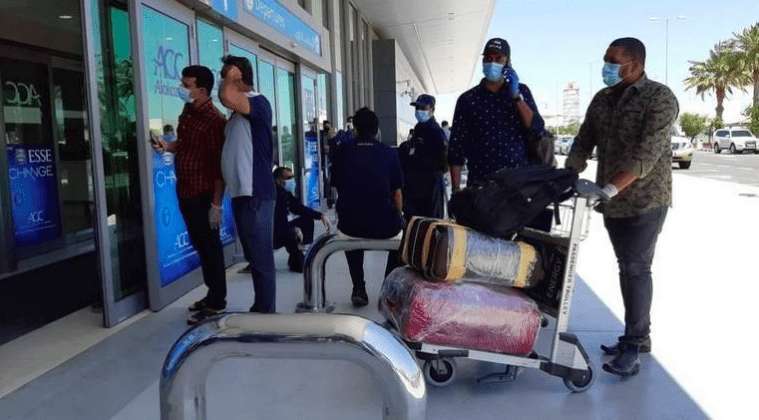 The UAE has suspended “all inbound passenger movement” from India until July 6, Air India Express has said.

The airline issued an alert to this effect on Twitter on Tuesday. It said the UAE’s civil aviation authority has extended the suspension.

It advised passengers to reschedule their tickets for travel at a future date.

Dubai’s Emirates had earlier said that passenger flights from India would remain suspended at least until June 30. There was no update about an extension on the airline’s website as at 11.15am on Tuesday.

The suspension of incoming passenger traffic from India to the UAE began on April 24. It was extended on May 4 by the UAE’s National Emergency Crisis and Disaster Management Authority (NCEMA) in light of a deadly second wave of Covid-19 currently affecting India.

UAE nationals, holders of UAE Golden Visas and members of diplomatic missions are the only passengers allowed on flights from India. Chartered flights are allowed as well, subject to approval from the General Civil Aviation Authority (GCAA).

However, pooling and seat selling on charter jets from India to the UAE are not allowed.

Several expats are stranded in India, with some resorting to 15-day journeys to return to the UAE.

Afraid of losing their jobs, some expats have been travelling to the UAE via Armenia and Uzbekistan. They spend 15 days in quarantine at those destinations before returning to the UAE.

India’s Covid cases are on a steady decline. It reported less than 100,000 cases on Tuesday after a gap of 63 days.

Passenger entry from India to the UAE, one of the world’s busiest air corridors, was suspended on April 25. Since then, Pakistan, Bangladesh, Nepal, Sri Lanka have been added to the list, in addition to Nigeria and South Africa.