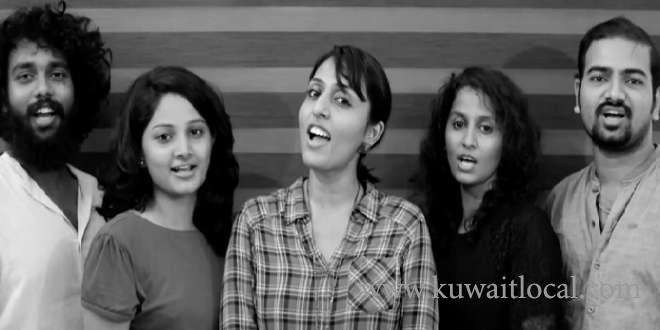 As Pakistan gets ready to celebrate its 70th Independence Day on Monday, an Indian music group has given it a beautiful birthday present by singing A Capella version of its national anthem, Pak Sarzamin. The video was uploaded by Indian music group, Acapella Band Voxchord, on Friday and has already garnered more than 57,000 hits on YouTube.

The two-minute video begins with the group members holding up placards that say, “This Independence Day, we’d like to dedicate a song to our neighbours. A song about faith, pride and grandeur, of power, progress and perfection.” The group has seven members.

Voxchord uses the A Capella technique that emphasises on the stirring lyrics, which have shades of Persian poetic vocabulary but are primarily in Urdu, Scroll reported.

The group’s gesture was appreciated by Pakistani media as well. Writing about it, Pak newspaper Dawn said, “The surprise offering comes just days before Aug 14 and features the singers in a monochrome video. Free of any instruments, the song is quite a treat to listen to.”