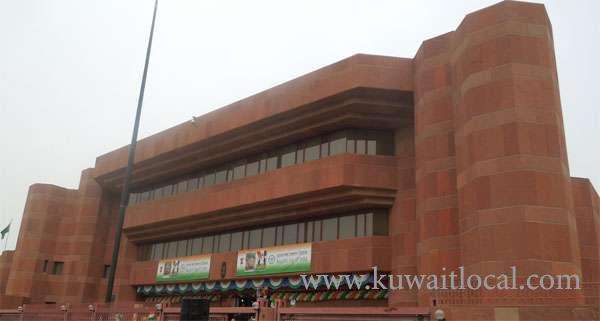 When a report appeared in a local daily that the Indian Embassy in Kuwait has formed an ‘intervention force’ to rescue distressed workers from the homes of their sponsors, a senior Indian Embassy officially vehemently denied the existence of such a force.

A senior official at the embassy said, “There is no intervention force and we don’t need to have one.” The official stressed the Indians respect the laws of the land and the embassy works in cooperation with Kuwait’s Ministry of Foreign Affairs.

The official added, “the embassy does not directly indulge in rescuing distressed house workers from the homes of the sponsors, rather in complicated cases seek the help of Kuwait’s Ministry of Interior.”

Explaining in detail the incident, the official said, one Indian ‘medical helper’ working for an unidentified company requested to go home citing health grounds and the company initially refused to let her go but then relented and said she can go provided she buys her ticket back come.

The embassy explained the nurse works for a ‘medicare’ company and before the incident was blown out of proportion, the embassy had received a call from the Indian ‘nurse’ saying she was under psychological pressure due to work constraints and wanted to leave Kuwait and the Embassy in turn had informed the Kuwaiti Ministry of Foreign Affairs.

Three Indians, members of a social organization, volunteered to help and bought the ticket for the woman after the company fixed the date for her departure for May 5, 2018. Later the company asked the ticket to be rebooked for April 21, 2018.

On the day of the incident on April 20, the accountant had requested the Indians to come to the company office with the ticket and when they arrived at the office, the female office manager refused to entertain them and literally threw them out of the office.

The men then went to the Salwa Police Station and filed a complaint against the woman. The manager of the office also filed a counter complaint and accused the men of breaking into the office and attempting to forcefully ‘free’ an Indian housemaid from her sponsor’s home. She also said, the suspects claimed to be working for the Indian Embassy in Kuwait and presented IDs to prove that, which was in fact a pure lie since nothing of that sort had happened, according to the official. It is the Indians in fact who had initially filed a complaint with the Salwa police against the woman.

The Indian embassy official said, the company, which has been banned by the Indian government from further recruiting Indians, fearing a backlash is said to have then discreetly repatriated the employee at its own cost on April 22, 2018, the last day of the amnesty period.