<![endif]-->
Advanced Search
Increasing Fines With Aim Of Preserving The Dignity Of People And Their Reputation
Category: Kuwait 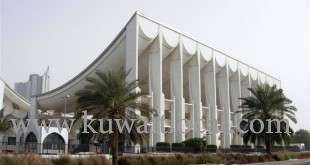 Parliament’s Legislative and Legal Affairs Committee will Monday meet to discuss topics on the agenda, topped by two bills — amending the Penal Code and increasing fines with the aim of preserving the dignity of the people and their reputation, and including modern mass media.

Lawmakers Omar Al-Tabtabaei, Mubarak Al-Hajraf, Abdulwahab Al-Babtain, Khaled Al-Otaibi and Waleed Al-Tabtabaei had submitted a bill to amend certain provisions of Law No. 31/1970 and of Penal Code No. 16/1960, calling for toughening penalties in cases filed against those who defame others through press or electronic media.

Among the provisions of one of its articles is that “anyone who implicates a person with committing such an act in a public place and are heard or seen by another person other than the victim or via electronic or printed media will be punished by imprisonment not exceeding two years and/or fine ranging between KD 3,000 and KD 20,000”.

Meanwhile, the government represented by the Ministry of Interior presented to the Parliamentary Committee on Finance an amendment to its report on reducing retirement age, which was approved in the first parliamentary reading wherein the government abstained from voting, reports Al-Rai daily.

In this case, salaries will no longer be deducted in line with the provisions of law number 20 of social security law. The amendment indicates a possibility of opting for the payment of pension instead of indemnity or delayed salary.

The amendment requested inclusion of two new clauses to the Social Insurance Act; the first clause is about the end of service for insured female employees after 25 years of insurance contribution.

The second clause indicates the end of service for insured male employee when the period of insurance contributions reaches 30 years, noting compromises must be reached if an employee is entitled to indemnity in line with the amended act.