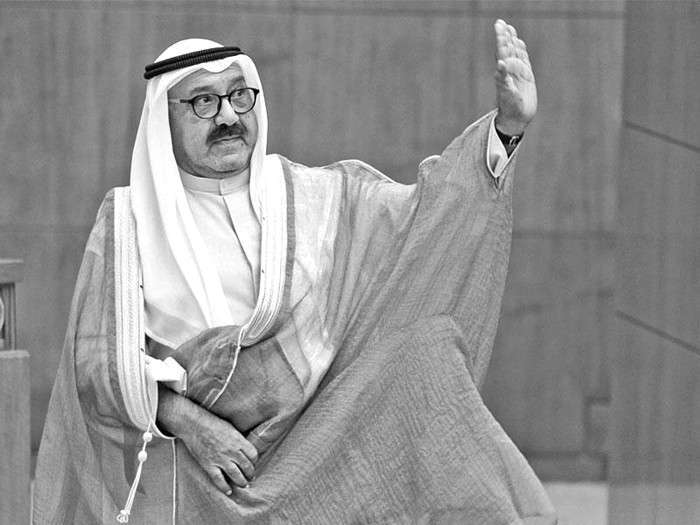 Sheikh Nasser Sabah Al-Ahmad Al-Jaber Al-Sabah, who passed away on Sunday aged 72, was known for his numerous contributions to the political, social, cultural and economic development of Kuwait.

Born on 27 April, 1948, as the eldest son of the late Amir, Sheikh Sabah Al-Ahmad Al-Jaber Al-Sabah, who passed away in late September of this year, Sheikh Nasser had been reported ailing for several years. A persona with multifaceted talents and interests, he was the founder of several pioneering establishments in Kuwait, in addition to being appointed to key posts in the government and in the Royal Court.

Most recently he served as First Deputy Prime Minister and Minister of Defense in the 35th Government from December 2017 until the Cabinet’s resignation in November 2019. During his relatively brief tenure in government, he spearheaded a new economic direction for the country, leveraging his chairmanship of the country’s powerful General Secretariat of the Supreme Council for Planning and Development. He was the driving force behind reviving and reenergizing the overarching vision of the late Amir, the ‘New Kuwait 2035’ strategic plan, to transform Kuwait into a financial, commercial and cultural hub in the region.

Other official posts that Sheikh Nasser held included that of Special Adviser to His Highness the Crown Prince and Prime Minister in 1999 and Minister of Amiri Diwan Affairs in 2006 in addition to being the founder of the Kuwait Association for the Protection of Public Funds.

Fighting corruption and implementing transparency featured prominently during his stint in government. His public allegations of government corruption and pressure for investigations into suspected embezzlement of millions of dinars from a military fund, eventually led to the resignation of the government in which he was the First Deputy Prime Minister.

In the fields of trade and investment, he founded the Al Futtooh Holding Company, and the Kuwait Projects Company. A deep and abiding interest in culture and history of the Arab World, saw him establish the Dar al-Athar al-Islamiyyah, a Kuwaiti foundation dedicated to the collection and preservation of ancient artifacts and manuscripts, and comprising the Al-Sabah Antiques Collection. He was also an honorary member of the Board of Trustees of the Metropolitan Museum in New York.

In addition, he was the founder and member of Kuwait Equestrian Club, the Honorary President of the Kuwaiti Association of Formative Arts, and the Founder of Alzaman Political Magazine.