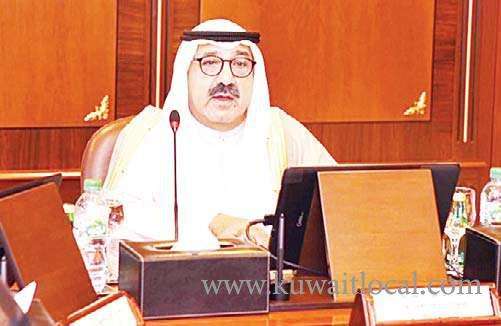 The Kuwaiti military will do everything in its power to adopt stringent security measures to ensure the protection of the country’s borders, Acting Prime Minister and Defense Minister Sheikh Nasser Sabah Al-Ahmad Al-Sabah said on Sunday.

The minister’s remarks came amid a meeting he held with the country’s top military brass at Seif Palace, pointing out that the media is obligated to be extra credible and accurate in the midst of these trying times, according to a defense ministry statement.

He urged the public to be leery of the veracity of news shared on social media platforms, saying his talks with the military officials revolved around the status quo in the region and what responsive measures are needed given the alarming situation at hand, added the statement.

Earlier, Sheikh Nasser Sabah Al-Ahmad Al-Sabah carried out an inspection tour of the Kuwait Air Force and Air Defence Forces operations’ command centre. His visit came to closely assess arrangements made by the Kuwait Armed Forces, read a Ministry of Defence statement, as the Acting Prime Minister underlined the need for all units to maintain readiness amid the current regional circumstances.

On Wednesday, Kuwait’s military declared that it had raised the state of combat readiness of some of its units as a precautionary measure taken in such circumstances.

These measures aim to protect the country’s security and ensure the safety of its lands, waters and airspace from possible dangers, added the statement. Kuwait’s Chief-of-Staff of the Armed Forces Lt Gen Mohammad Al-Khodhor discussed with the US Under Secretary of the Army-designate Ryan McCarthy means of mutual cooperation.

Talks between the two touched upon issues of mutual significance, specifically in relation to military aspects, according to a Kuwait Ministry of Defence statement on Saturday. Lt Gen Al-Khodhor praised both countries’ depth of bilateral relations and the two sides’ keenness to further these ties.

Meanwhile, Lt Gen Al-Khodhor carried out a tour to inspect air defense sites in the north of the country. Al-Khoder’s visit was aimed at closely inspecting the duties assumed by these units, and taking all precautionary measures, the Ministry of Defense said in a press statement on Saturday. Al-Khoder urged, during a speech, all military personnel to exert further efforts for the protection of the country, praying to Allah the Almighty to maintain the safety and security of the country, the statement noted.