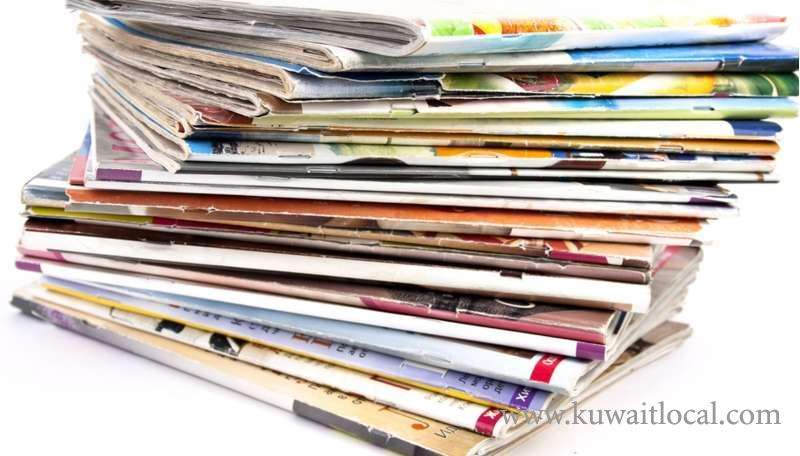 WALLS in our schools were filled with magazines from which we learned a lot when we were children, teenagers and youths. One corner had a magazine titled, “I like’, I don’t like.” It taught us decorum, trust, discipline and honesty.

It taught us to respect our parents and for the young to respect the elderly, as well as to help those in need and other acts which distinguish a ‘civilized’ person from the ‘uncivilized’. That corner came to mind in a trajectory to praise and criticize some good and bad behaviors, decisions and phenomena in the government and the Parliament.

The first decision deserving praise was taken by the deputy premier and minister of interior who referred to the prosecution the detectives and Central Jail officers who sexually assaulted the wife and daughter of an inmate several times. Neither their conscience nor morality deterred them. We found out about this matter from that former inmate through social media platforms.

The Interior Ministry personnel must be aware of the fact that no one is above the law irrespective of how high their civil or military ranks are. We also extend our appreciation and gratitude to the minister for what has been done regarding the Interior Ministry’s hospitality scandal. So far, those with conscience returned millions to the Public Prosecution fund, while they are waiting for trial and the ruling against them.

Another decision which deserves praise was taken by young minister Khaled Al-Roudan – to add some construction materials to the ration cards for those who are building their houses among the youths of this country. He took this decision on his own. It was not requested or submitted by any of the members of our Parliament. We have washed our hands in terms of the performance of many parliamentarians. Their performance is characterized by excessive sentimentality and degradation of constitutional oversight tools.

In addition, they abuse their power and exert pressure in order to discriminate between citizens on matters concerning nationality, employment, promotion, acquisition of agricultural and livestock plots, and awarding tenders to themselves and those close to them or those who belong to their clans, sects or tribes. Thank you very much Minister Roudan. We hope to see more impressive and likable acts.

They plan for future successes if they secure majority votes in these two sensitive institutions (Defense and Interior ministries) which have been characterized by a specific group of citizens since a very long time ago up to this day. Many question marks are hovering over several decisions taken by this committee which rejected a civilized bill whose main objective was to allow the naturalization of non-Muslims. This bill entails cancellation of the discriminatory and dubious Nationality Law which was enacted in the eighties by fanatics and ‘takfiris’ devoid of the Kuwaiti demeanor of tolerance.

Testimony to that are the well-guided caliphate states and those which came after them, comprising of Muslims, Christians, Jews and others as their citizens. The Noble Quran itself says: “You have your religion, and I have mine,” so who are you to present to us interpretations which are not authorized by Almighty Allah? A question for you and those who caused miseries through the political naturalization of hundreds and thousands of people – according to what National Assembly Speaker Marzouq Al-Ghanim said years ago – these people and others among those who forged citizenship who belong to our Islamic religion. What benefits the society has gotten from them so far? Is there anything apart from corruption, forgery, fraud and acquiring public wealth morally or immorally, lies and all the sins of the world? Furthermore, many Christian countries, which are hundreds of light years ahead of us, naturalized thousands and thousands of Muslims – the good ones and the bad ones who turned against these countries to commit terrorism and killing under the slogan, “Allah is Great,” while Almighty Allah has nothing to do with them.

If we overlook the parliamentary Interior and Defense Committee’s decision due to the decisions mentioned earlier, it is absolutely difficult to ignore the government’s agreement with such an uncivilized and backward decision which was taken through its representative – the deputy premier and minister of interior – who attended the meeting of that ominous committee. Nonetheless, we tell the government without any reservations: If that decision is personal, we hope it will be cancelled. However, if it is the government’s decision, it is a shameful and embarrassing decision. Without mincing words, we absolutely do not like it.