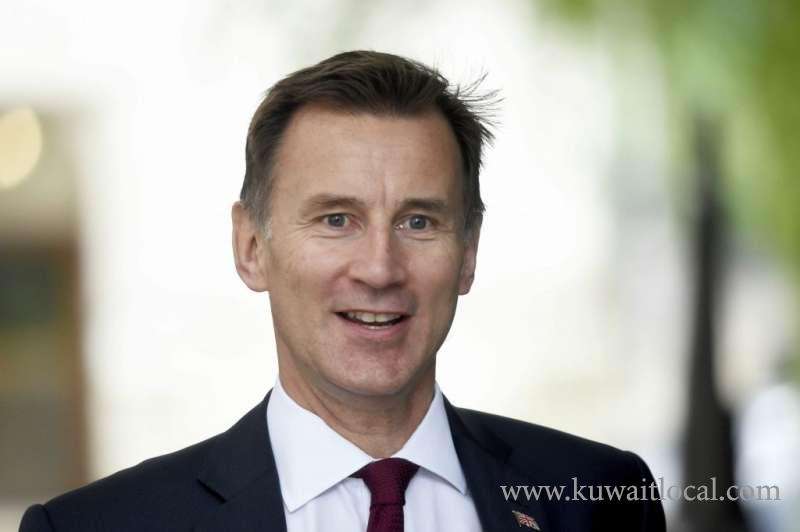 Iran’s United Nations ambassador accused the United States on Monday of showing no respect for international law by imposing new sanctions on Iran, describing tensions between the pair as “really dangerous” and not the right atmosphere for talks. “You cannot start a dialogue with somebody who is threatening you, who is intimidating you,” Ambassador Majid Takht Ravanchi told reporters. “How can we start a dialogue with somebody whose primary occupation is to put more sanctions on Iran? The atmosphere of such a dialogue is not ready yet.”

The United States has also blamed Iran for attacks on oil tankers in the Gulf region in May and June. Iran has denied any involvement. Ravanchi spoke as the UN Security Council met behind closed doors over Iran at the request of the United States. Following the two-hour meeting, the 15-member council condemned the attacks on the oil tankers as a “serious threat to maritime navigation and energy supply” and urged maximum restraint by concerned parties and countries in the region. “Council members urged that differences must be addressed peacefully and through dialogue,” said Kuwait’s UN Ambassador Mansour Al-Otaibi, president of the Security Council for June.

Policy
Acting US Ambassador to the United Nations Jonathan Cohen told reporters after the meeting that Washington’s policy on Iran “remains an economic and diplomatic effort to bring Iran back to the negotiating table.” Ravanchi called on the United States to withdraw its naval ships from the Gulf region and “move away from economic warfare against the Iranian people.” “The situation is really dangerous and all we should do is try to de-escalate,” he said. Iran also said on June 17 that it would breach internationally agreed curbs on its stock of low-enriched uranium in 10 days, but that European nations could still save a nuclear deal that sets those limits.

“We have been discussing how to move forward with our European colleagues,” Ravanchi said. “It is incumbent on them to compensate what we have lost as a result of the US withdrawal from the nuclear deal.” New US sanctions against Iran’s supreme leader and foreign minister have closed off diplomacy, Iran said on Tuesday, blaming the United States for abandoning the only route to peace just days after the two foes came within minutes of conflict. “Imposing useless sanctions on Iran’s Supreme Leader and the commander of Iran’s diplomacy is the permanent closure of the path of diplomacy,” Iranian Foreign Ministry spokesman Abbas Mousavi said on Twitter.

“Trump’s desperate administration is destroying the established international mechanisms for maintaining world peace and security,” Mousavi tweeted. In a televised address, President Hassan Rouhani said sanctions against Khamenei would have no practical impact because the cleric had no assets abroad. Rouhani, a pragmatist who won two elections on promises to open Iran up to the world, described the US moves as desperate and called the White House “mentally retarded” – an insult Iranian officials have used in the past about Trump but a departure from Rouhani’s own comparatively measured tone.

Russian Foreign Minister Sergei Lavrov said the situation around Iran was developing toward a dangerous scenario, RIA news agency reported. Britain does not expect the United States to request that the United Kingdom joins a war with Iran and London would be unlikely to agree to join such a conflict, Foreign Secretary Jeremy Hunt said on Tuesday. “The US is our closest ally, we talk to them the whole time, we consider any requests that they say carefully, but I cannot envisage any situation where they request or we agree to any moves to go to war,” Hunt told parliament. “The message we are sending with our partners in the European Union particularly the French and the Germans is that with respect to Iran’s nuclear programme, this is a crucial week. Russian Security Council Secretary Nikolai Patrushev came to Iran’s support, saying the drone was in Iranian airspace when it was shot down and that the evidence on the tanker attacks was of poor quality and unprofessional, not enough to draw conclusions.