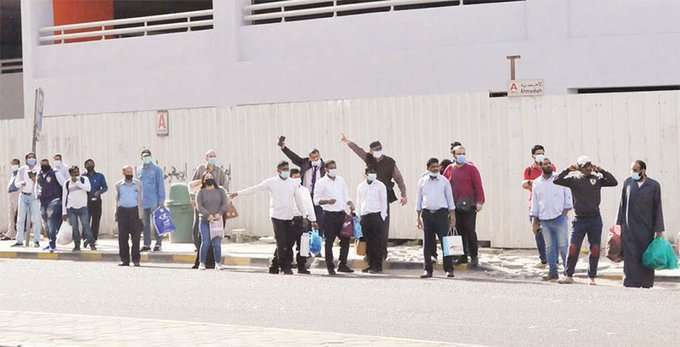 Khaled Al-Hamidi, Chairman of the Kuwait Society for Human Rights, announced that the Kuwait Society for Human Rights has signed a partnership agreement with the U.S.-Middle East Partnership Initiative (MEPI) to cooperate in educating migrant workers in Kuwait of their rights guaranteed by law. Al-Hamidi said: The agreement resulted in educating workers about their rights by providing legal consultation service to workers in the private sector and those who are subject to the Kuwaiti Labor Law No. (6) of 2010, or workers in the domestic sector who are subject to the Domestic Workers Law No. (68) of 2015. Workers in the two sectors can call the hotline 22215150 or enter the electronic platform and obtain any legal advice directly in five different languages: English, Arabic, Filipino, Hindi and Urdu. According to Al-Hamidi, during the period of the 16-month agreement, psychological and social support will be provided to those wishing to obtain it.

The Society has appointed a psychosocial expert to provide psychological and social counseling. Periodic reports will be issued related to monitoring labor market variables in Kuwait. Legal support will also be provided to workers whose cases have been transferred to labor courts and who cannot bear the burdens and costs of attorneys-at-law.

Hussein Al-Otaibi, Secretary General of the Society, said that the Kuwait Society for Human Rights aspires, through the agreement, to continue its civil activities in bearing its responsibility in order to create a culture and legal awareness among migrant workers in Kuwait by providing them with legal advice and direct support for their cases in courts.

Al-Otaibi pointed out that the agreement was signed in implementation of the directives of the high leadership urging Kuwaitis to lead humanitarian service initiatives that give the State of Kuwait its status and consideration, as a global humanitarian center.