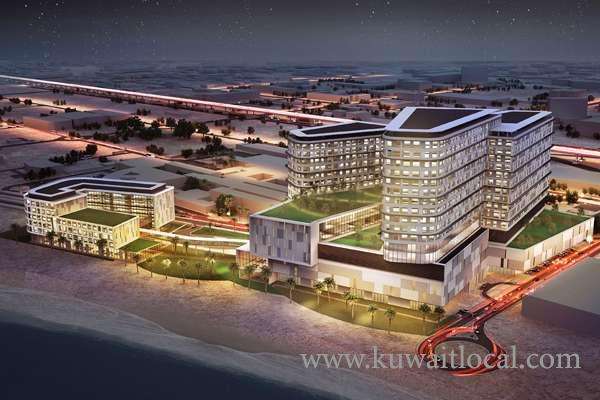 A joint venture (JV) between SSH and Studio Altieri has been appointed as the main design consultancy for the Kuwait New Maternity Hospital (KNMH).

The JV company will work in conjunction with the appointed design-and-build (D&B) contractor, Impresa Pizzarotti. The total contract value is $817 m (KD250 m) and is to be delivered within a 54-month timeframe. Site work commenced in January 2017.

KNMH is to be developed as part of a national hospital regeneration programme, headed by Kuwait's Ministry of Health (MOH). The hospital is located west of Kuwait City within the Al Sabah Speciality Medical Area. It has been planned by the Ministry of Public Works (MPW), in assocation with the MOH as the end user.

The new facility is intended to bring together all aspects of maternity care into a single complex to form a specialist hospital. The project will comprise a main hospital building, which will include a basement, ground, and podium over six levels, plus 11 levels of inpatient accommodation.

The complex will also house an annex building, consisting of outpatient clinics, an auditorium, and administrative facilities. A multi-storey car park with two basements, a ground floor, five podium levels, and shaded roof parking is also being constructed. In addition, the development will include a central utility plant on a separate plot with an underground service tunnel.

The D&B contract will cover the supply of all medical equipment and interior furnishings, as well as operational maintenance after handover. KNMH will boast 27 operating rooms and accommodate 780 inpatients, while the car park will hold up to 1,300 vehicles. The project will stand 18 storeys tall upon completion.

The consultant team will be utilising Revit building information modelling (BIM) software throughout the design development.