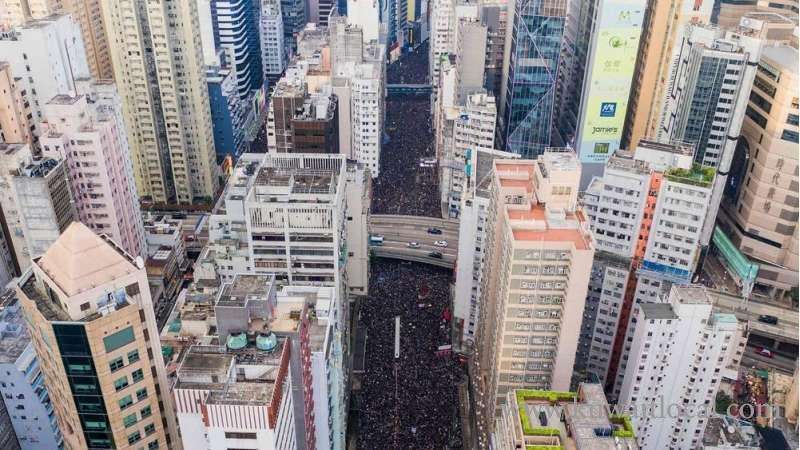 Hong Kong protesters have been praised for working through the night to clear away rubbish left by millions of people and leaving streets spotless.

After the protest – estimated to be attended by 2 million people, making it the largest in the territory's history – protesters returned in the middle of the night to clean up the streets.

“Occupiers are doing one last sweep for rubbish," author Kong Tsung-gan wrote on Twitter in the early hours of the morning.

"Two million people marched here yesterday, it was occupied all night, and there isn’t a scrap of rubbish on the road,” he said.

"I was there [at the protests] and I saw everything," Ennie Chan, one of the protesters, told The Independent from Hong Kong. "I saw young people holding different bags to take trash away last night. There were a lot of people clearing rubbish."

Those who took part have also been applauded for letting ambulances pass through with ease during the protest and for looking after children and elderly people.

"People were definitely peaceful, but they were also angry."

A high school student who was at the protest but asked to remain anonymous, told The Independent: "Yesterday's protest was beautiful. The protesters were really polite.

"There were many older protesters as well – if they felt unwell, people around them would hold them up, offer water or bread, and tell others to be careful.

"It got pretty hot and stuffy whenever we had to wait in the same space for a while. When they saw small kids they helped fan them to cool them down."

The student attended with their two-year-old brother and young cousin, and said other demonstrators were also quick to offer cooling patches and snacks to the young children struggling in the sweltering heat.

"Everyone overall was really respectful and nice and very aware of their surrounding," the student added.

Protesters cleared out of Hong Kong's streets on Monday, averting possible clashes with police, but stayed near government headquarters to press their demands that Carrie Lam, the city's leader, resign and abandon a bill that would allow extradition from Hong Kong to mainland China. 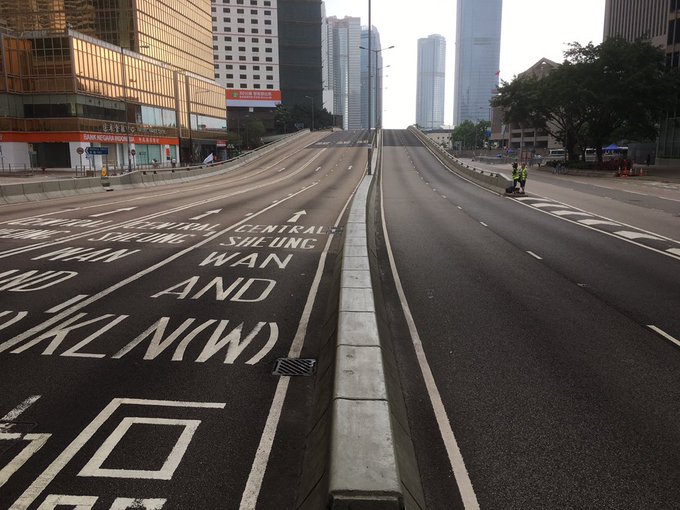 "We are very angry that Carrie Lam has not responded to the demands of all the protesters, but now is the time to talk about strategy,” Lee Cheuk-yan, a former legislator and activist, said on Monday.

“If Carrie Lam does not respond to the demands by the protesters, people will come back and the struggle will continue," he said.

Joshua Wong, a student activist who was arrested after demonstrating, was released from prison on Monday and immediately headed to re-join protesters.

Ms Lam has issued an apology over the government of Hong Kong’s handling of the controversial extradition bill and announced that it will be indefinitely delayed. However, opponents said its suspension was not enough and she should step down.

“Our demands are simple. Carrie Lam must leave office, the extradition law must be withdrawn and the police must apologise for using extreme violence against their own people,” said one protester.

Ms Lam had argued that the extradition law was necessary to prevent criminals using Hong Kong as a place to hide and that human rights would be protected by the city’s court, which would decide on the extraditions on a case-by-case basis.

Critics have accused the government of threatening Hong Kong’s rule of law and its international reputation as a financial hub by proposing the changes to extradition with China.