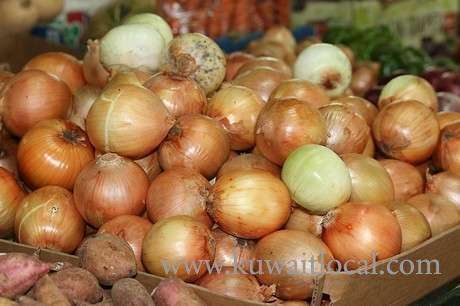 The vegetable season has seen a significant increase in the prices of Indian onions, against the backdrop of Saudi Arabia’s decision to stop importing Egyptian onions citing the presence of pesticides that affect human health, according to an announcement made by the concerned authorities in the Kingdom of Saudi Arabia, reports Al-Qabas daily.

The source added that the suspension of the import of Egyptian onions by Saudi Arabia made Saudi traders look to the Indian market, which will raise the price of Indian onions, especially as Saudi Arabia is a large country and needs tons of onions on a daily basis.

The source pointed out that the Supreme Committee for Food Safety of Saudi Arabia a year ago, had imposed a ban on Egyptian onions for several reasons, most notably the presence of pesticides, in addition to any contaminants that affect human health.