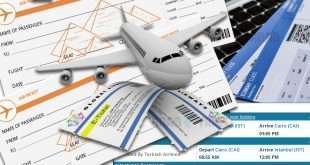 In view of the Cabinet decision issued last Thursday to allow non-Kuwaitis to enter the country starting from August, optimism prevailed among the owners of tourism and travel agencies, reports Al-Anba daily. The daily’s staff visited some agencies and airlines to personally look into their current operations, especially since the summer season has started and it is considered the peak season for traveling. In their interview with the daily, the owners of agencies disclosed they are still facing a number of obstacles; such as the quota for the return trip to the country — only 35 passengers.

This is in addition to the failure of the Directorate General of Civil Aviation (DGCA) to implement the Cabinet’s decision to increase the number of passengers arriving on commercial flights to 5,000 per day. They added there has been a noticeable increase in travel movement for some summer destinations like Turkey, Georgia, Bosnia, France and Spain. They said ticket prices — especially for incoming flights — have increased by 60 percent to 80 percent due to the high demand, while supply is low since the maximum number of passengers for the return trip to Kuwait is only 35.

Decision
Director of Sales Department at Al-KharafiTravels Naji Khader disclosed the recent decision to allow the return of expatriates in early August is promising and optimistic for the owners of travel and tourism agencies; especially since their conditions deteriorated more than a year ago. He said the agencies are witnessing high demand among citizens as three European destinations have been opened — Greece, France and Spain, along with the opening of Germany on June 25. Khader added the agencies are facing a major obstacle due to the decision to limit the number of passengers on board the flights returning to Kuwait to 35 only, leading to a remarkable increase in the prices of tickets.

He expects a drastic drop in the prices of tickets once the direct flights between Kuwait and most destinations resume; stressing that Turkey is the most preferred destination for tourism and travel among citizens, as reflected in its higher turnout of travelers from various destinations. Director General of an undisclosed agency Dhafer Hijjawi pointed out the tourism and travel market will not return to the way it was before until next year, when it might recover by 50 percent to 70 percent as approximately 200 to 250 agencies shut down since the beginning of the corona pandemic. He considers the recent decision to allow the return of non- Kuwaitis a good step that contributes to the recovery of the market; but some obstacles remain such as limiting the number of passengers on the return flight to Kuwait to 35 and this resulted in the remarkable increase of ticket prices. He added Turkey and Britain are the most preferred destinations for citizens to spend their summer vacation.