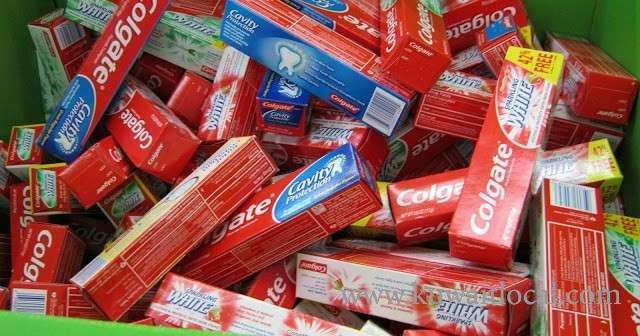 Colgate is one of the most popular brands of toothpaste in the world and one of the most widely used ones as well. If you check your medicine cabinet you probably have one in there as well.

However, according to a recent study it turns out that Colgate contains a dangerous substance called Triclosa, which can be overall health detrimental and could even trigger cancer development.

The Chemical Research in Toxicology journal recently published a study in which it was revealed that Triclosan can boost the proliferation of cancer cells if used in high quantities. Moreover, this isn’t the only study on the matter; previous studies also came to similar conclusions – that this chemical can cause some serious damage to your organism.

Triclosan has the ability to penetrate through the skin and interfere with the function of the hormones and disrupt the endocrine.  According to a study from 2008 published in the journal of Environmental Health Perspective triclosan was detected in the urine of 75% of the 2517 tested people aged 6 and over.

This substance is so widely used in the chemical industry and it can be found in a number of laundry detergents, hand sanitizers, deodorants and antiseptics. The substance is very dangerous because it that can penetrate through the skin and get into the blood, disrupting your hormonal balance.

Despite the fact that a number of studies proved the dangers from using triclosan, Colgate continues to add it in their toothpastes, saying it poses no danger to human health. Triclosan has only been banned for use in Canada.

The American government hasn’t done anything so far to regulate the use of this dangerous substance but this is inevitable to happen, probably after some serious health issues arise just as it was with asbestos, DT and PCB. We hope that they won’t wait for so long and will ban the use of this substance before it has life threatening consequences. WHN